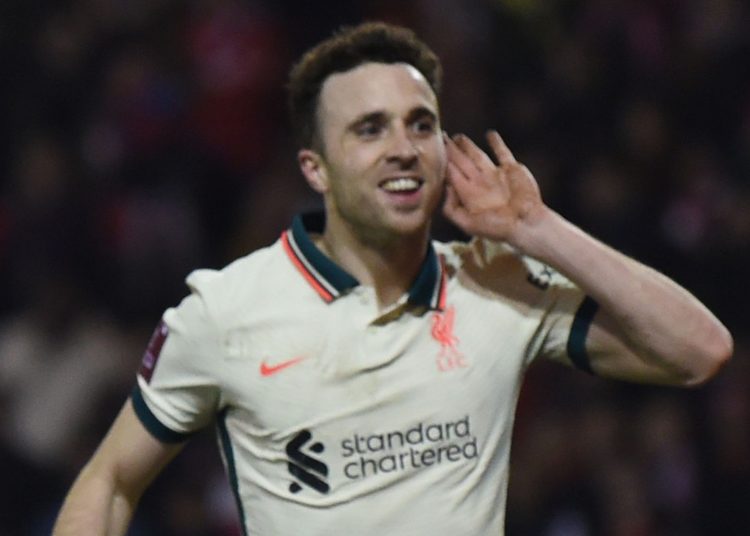 0
SHARES
20
VIEWS
Share on FacebookShare on TwitterShare via Whatsapp

Diogo Jota struck late to break Nottingham Forest’s stubborn resistance as Liverpool set up an FA Cup semi-final against Manchester City with a 1-0 win at the City Ground.

The Championship promotion chasers had enjoyed arguably the better of the game until Jota’s 78th-minute winner, and moments earlier had passed up a golden chance to take the lead themselves as Philip Zinckernagel missed the target from eight yards.

Forest largely kept Premier League title hopefuls Liverpool at arms’ length over 90 minutes in front of a sell-out crowd, with Roberto Firmino’s dinked effort, well saved by Ethan Horvath, their only real chance of note before their eventual winner.

That came after fine work from Kostas Tsimikas teed up Jota’s far-post finish, confirmed by VAR, which kept Liverpool’s quadruple hopes alive and set up a tasty semi-final at Wembley against title rivals Man City – the weekend after the pair go head-to-head in the Premier League.