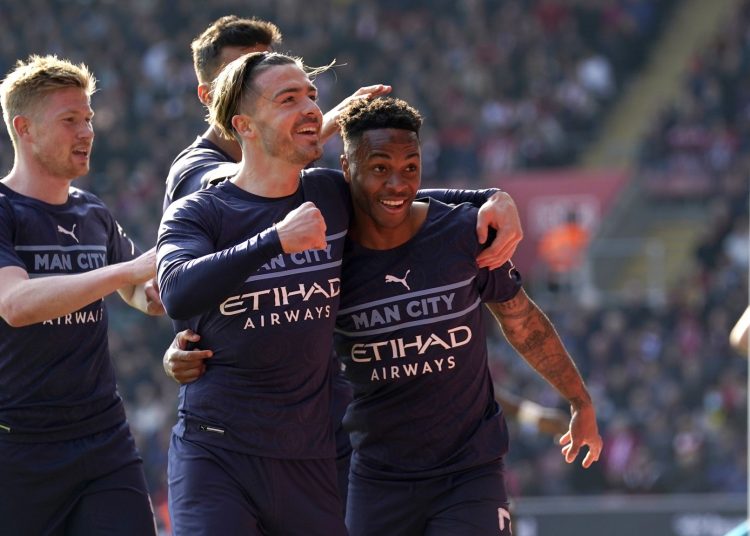 0
SHARES
15
VIEWS
Share on FacebookShare on TwitterShare via Whatsapp

Manchester City swept past Southampton with a scintillating second-half display to win 4-1 and reach the FA Cup semi-finals.

City have twice drawn against the Saints in the Premier League this season, but found their ruthless streak to book a Wembley date against either Liverpool or Nottingham Forest and keep their treble hopes alive.

Raheem Sterling gave the visitors the lead after Adam Armstrong struck a post for Southampton early on, although the hosts deservedly equalised in first-half added time when Aymeric Laporte turned Mohamed Elyounoussi’s cross into his own goal.

However, City moved through the gears in the second half once Kevin De Bruyne had converted a penalty. Substitute Phil Foden added a third with a perfect strike from the edge of the area and then Riyad Mahrez netted at the end of a lovely move.