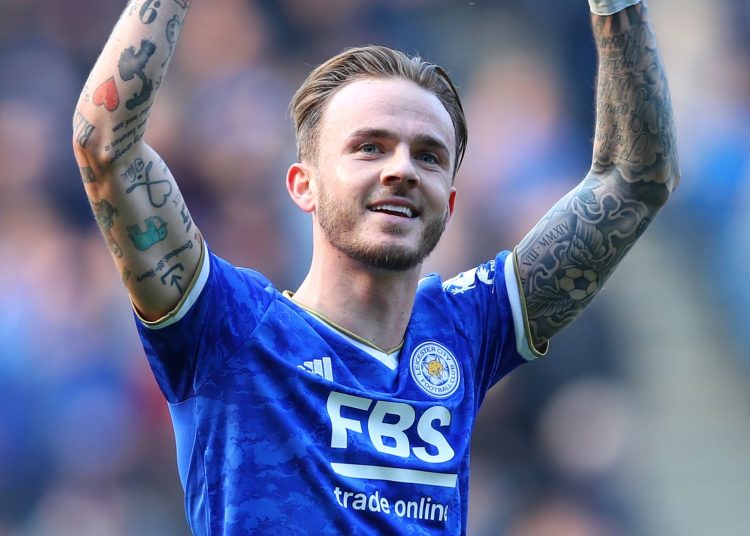 Timothy Castagne and James Maddison both scored brilliant goals as Leicester beat Brentford to move into the top half of the Premier League.

Castagne, on his first appearance of 2022 following injury, hit a swerving effort into the top corner from outside the box from Harvey Barnes’ cutback.

And Maddison curled a fantastic 25-yard free-kick into the other corner after he was fouled.

It capped a good week for Leicester, who clinched a Europa Conference League quarter-final spot on Thursday in Rennes.

Brentford pulled one back late on as Bryan Mbeumo found Yoane Wissa, who drove a shot in from 20 yards.

The Bees pushed for an unlikely equaliser and Kasper Schmeichel had to save a deflected shot from Premier League debutant Tariqe Fosu.

But the Foxes held on to move up to 10th and are now level on points with Midlands rivals Aston Villa, who are above them on goal difference in ninth.

Meanwhile, Brentford remain eight points above the relegation zone with 17th-placed Watford having a game in hand on them, while 18th-placed Burnley have three games in hand on the Bees.