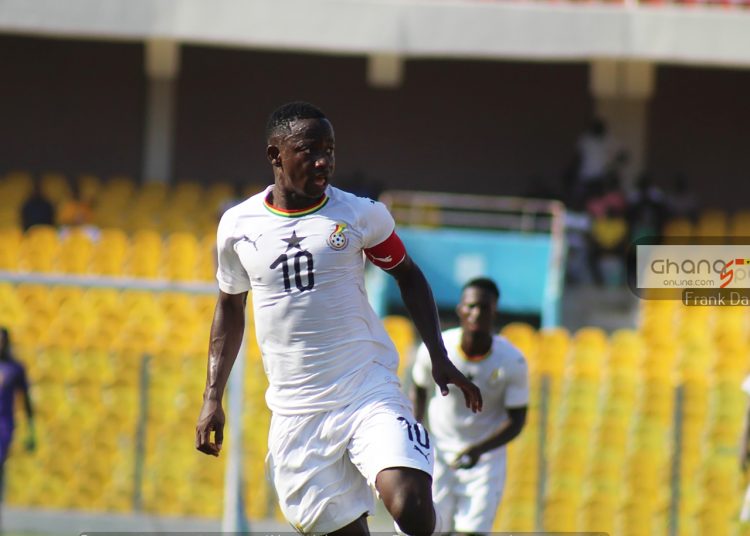 0
SHARES
863
VIEWS
Share on FacebookShare on TwitterShare via Whatsapp

After being snubbed for the 2021 Africa Cup of Nations (Afcon) in Cameroon, Yaw Yeboah and Joseph Aidoo are back in the mix as Ghana square off with Nigeria in the 2022 Fifa World Cup qualifying playoffs.

The two will be joining up with the Black Stars squad by Monday from their respective clubs.

Midfielder Yaw Yeboah – who now plays in the MLS with Columbus Crew – and in-form Celta Vigo centre-back Joseph Aidoo were not part of the team that recorded Ghana’s worst Afcon outing in history supervised by sacked coach Milovan Rajevac.

They have been given another lifeline to prove themselves in the colours of the senior national team.

Yeboah heads to the Stars camp after featuring 73 minutes for Crew in their 1-1 draw away to New York Red Bulls on Sunday.

Aidoo – who turned his Afcon no-show heartbreak into blessings with back-to-back player of the month award performances in January and February – also played full throttle as Celta Vigo were held to a barren draw at home by Real Betis in the Spanish LaLiga on Sunday.

The Black Stars open camp on Monday to prepare for the March 25 and 29 home and away games with Nigeria to determine who qualifies for the Fifa World Cup in Qatar later this year.