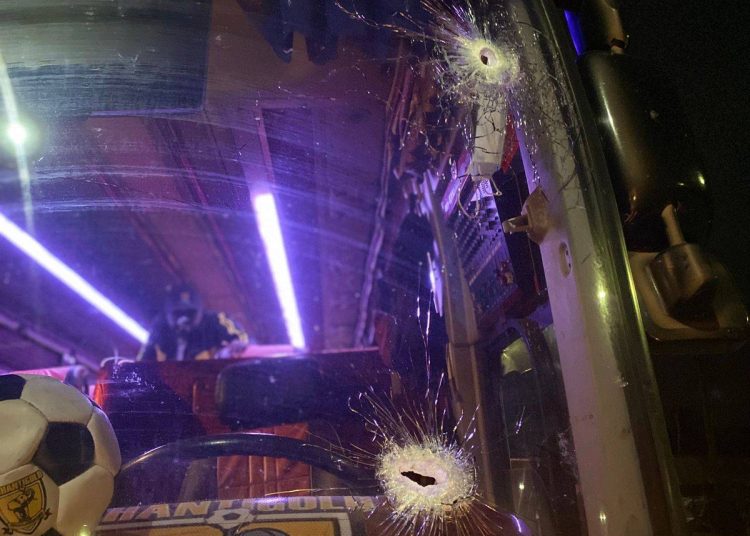 Ashantigold’s team bus was attacked by armed robbers on their way to Obuasi after a Ghana Premier League game against Hearts of Oak on Sunday night.

The club announced that no player or official was hurt during the attack.

(1/2). We got attacked by armed robbers on our way back from Accra at Assin Endwa.

The robbers shot three bullets at the front bulletproof glass as the team driver meandered his way through a terrible scene of gunshots. pic.twitter.com/eCneaSousQ

Ashgold suffered a 2-1 defeat at the hands of the Ghana Premier League champions on Sunday night compound on their woes, adding to their poor run of form.

Their night went from bad to worse when they got attacked by the armed on their way back to Obuasi from Accra.

The robbers fired three shots at the front glass as the team driver meandered his way through a terrible gunshot scene.

Ashgold are 13th on the league table and will play Real Tamale United in the next game at home at the Obuasi Len Clay.