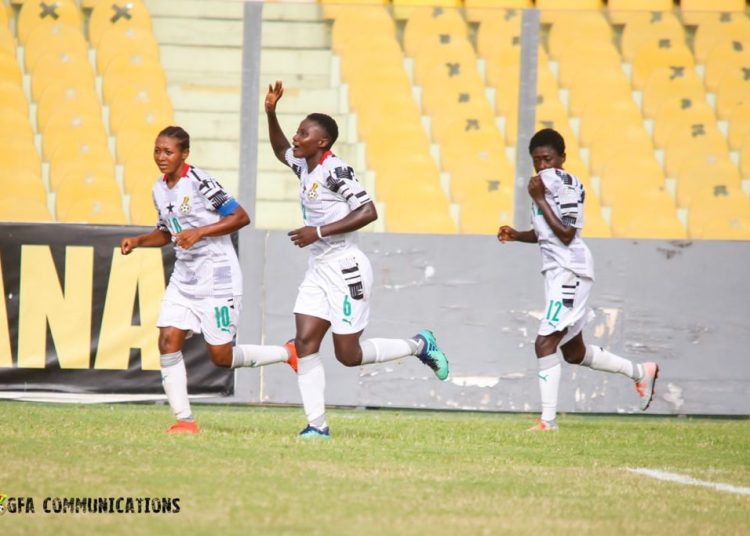 The Sports Minister, Mustapha Ussif has congratulated the Black Maidens for their victory on Sunday against Senegal, which took them a step closer to qualifying for the U-17 Women’s World Cup.

The Maidens’ 3-0 win on Sunday at the Accra Sports Stadium gave them a 4-0 aggregate win and took them through to the third round of the qualifiers.

A social media post from the Ministry said it was extremely pleased with the Maidens’ strong performance in Sunday’s game.

“The Minister for Youth and Sports, Hon Mustapha Ussif on behalf of the Government and the Ministry of Youth and Sports wishes to send his heartfelt congratulations to the Management and Technical team of the National U-17 women football team, the Black Maidens for thumping their Senegalese counterparts by 3:0 in the return leg of the FIFA U- 17 Women’s World cup qualifier match at the Accra Sports Stadium.”

The statement also urged the team to continue to work to secure a place at the next World Cup tournament.

“The team is encouraged to continue in the spirit of unity and teamwork in the matches ahead to ensure qualification to the World Cup in India. We applaud Ghanaians for throwing massive support behind the team for this victory.”

Goals from captain, Georgina Ayisha Aoyem, Princess Owusu and Abdulai Karima gave the Maidens a 3-0 win on the day.

The Maidens will now face Guinea in the next round of qualifiers.