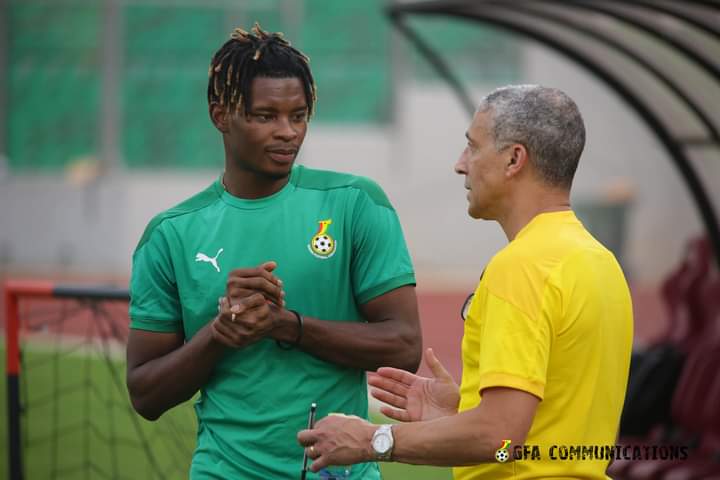 Black Stars midfielder, Edmund Addo has been ruled out of Ghana’s double-header against Nigeria because of a thigh injury.

The GFA confirmed this in a statement on Thursday,

The player had been with the Black Stars squad, who are currently training in Kumasi at the Baba Yara Stadium.

According to the FA, scans confirmed Addo’s injury, after he complained of pain, ruling him for three weeks.

Addo is effectively out of both legs of the 2022 World Cup playoff tie, which take place on Friday and on Tuesday.

‘’Edmund complained of pain in the right thigh so we decided to take a scan to know the real situation,’’ Black Stars Team Doctor, Adam Baba said.

‘’Unfortunately, the scan results revealed that he has a tear in the right thigh and would need two to three weeks to recover so I informed the coach about it and the decision was that we should allow him to travel to Moldova for treatment,’’ he added.

Reports indicate that Addo picked up the injury in his last match with his club side, Sheriff Tiraspol on March 19.