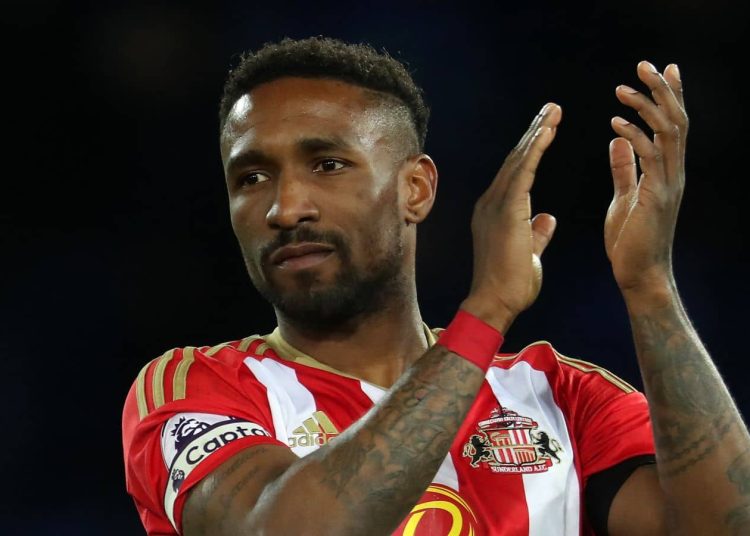 Jermain Defoe has announced his retirement from professional football at the age of 39.

Former West Ham and Tottenham striker Defoe had been playing for Sunderland, after returning to the club where he spent two-and-a-half seasons between 2015 and 2017, in January.

His contract there was due to run until the end of the season.

Prior to rejoining Sunderland, Defoe was at Rangers where he scored 32 goals in 74 matches, helping them win the Scottish Premiership title last season.

Defoe said in a statement on Twitter: “After 22 years in the game, I have decided to retire from professional football. It’s been a really tough decision, and one I have discussed with my family and those closest to me.

“I made my professional debut at 17 years old in 1999, and I feel now is the right time to bow out. I have had an incredible journey and have met some amazing people in the game.

“I now look forward to spending some quality time with my friends and family before moving forward on this next chapter in my career.”

He also paid tribute to supporters, team-mates, coaches and staff at the teams he’s played for before reserving a special thank you to his mother.

“I want to say thank you to my mum. You gave me a ball at two years old, and you made me believe my dream could happen. All that I am is because of you, and I owe everything to you and God.”

Beckton-born Defoe played youth football for renowned east London club Senrab before deciding to sign professional forms with West Ham in 1999, aged 16. He made his first-team debut a year later.

Defoe scored 19 goals in 31 appearances during a loan spell at Bournemouth, including netting in a record 10 consecutive league games.

The striker finished the 2001/02 season as West Ham’s top goalscorer, and scored a total of 41 goals in 105 games for the club, but he was unable to save the Hammers from relegation the following season, despite another double-digit goal return.

Defoe handed in a written transfer request less than 24 hours after West Ham’s relegation, but ended up staying at the club before making a switch to Tottenham.

He made his England debut a few months after joining Spurs, winning the first of a total of 57 caps during his career.

Defoe spent three-and-a-half seasons with Tottenham before joining Portsmouth in January 2008, scoring 17 goals in 36 games for Pompey, but moved back to Spurs a year later, signing for his former manager at West Ham, Harry Redknapp.

Across both spells at Tottenham, Defoe racked up 363 appearances, scoring 143 goals, before moving abroad to join Toronto FC early in 2014.

But his stay at the MLS club lasted only 11 months, with Defoe returning to England to join Sunderland. He spent two-and-a-half seasons on Wearside, and moved to Bournemouth in 2017 before an initial loan move to Rangers in 2019 was made permanent.

2022 WCQ: See the VAR set up at the Baba Yara Stadium for Ghana vs Nigeria [VIDEO]

2022 WCQ: See the VAR set up at the Baba Yara Stadium for Ghana vs Nigeria [VIDEO]