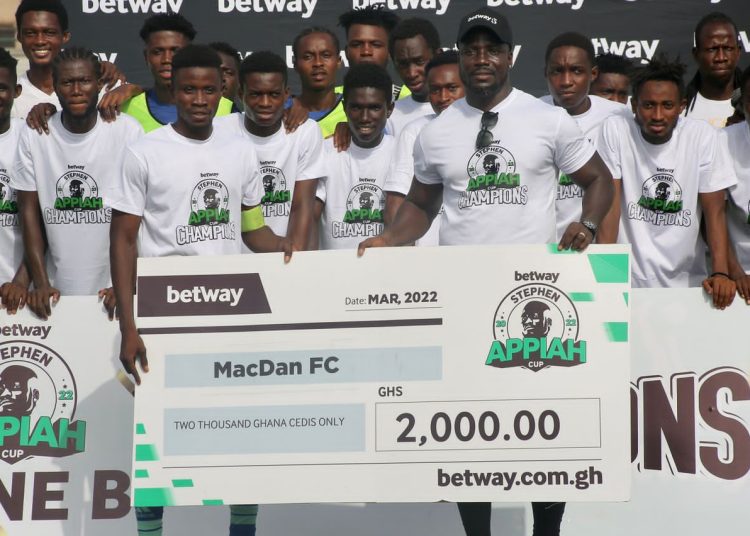 The Betway Stephen Appiah Cup is well underway, kicking off in February with the preliminary tournaments in Sukara and Madina.  The competition is a community football gala set up by leading online betting and gaming brand, Betway, in collaboration with former Black Stars skipper, Stephen Appiah. 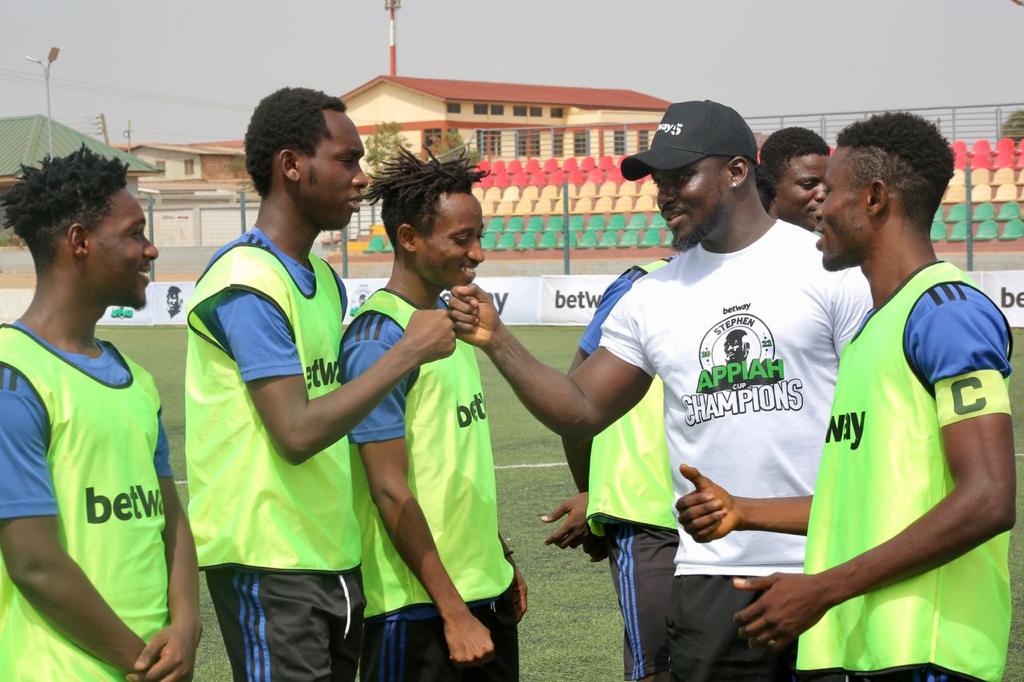 The main aim of the competition is to create a platform for upcoming talents to showcase their skills and to help develop community football in Ghana.

This year’s tournament had sixteen teams from two zones in the Greater Accra Region competing for slots in the grand finale.

Apart from cash prizes for the top-performing teams, they additionally received donations of sports training equipment from Betway. 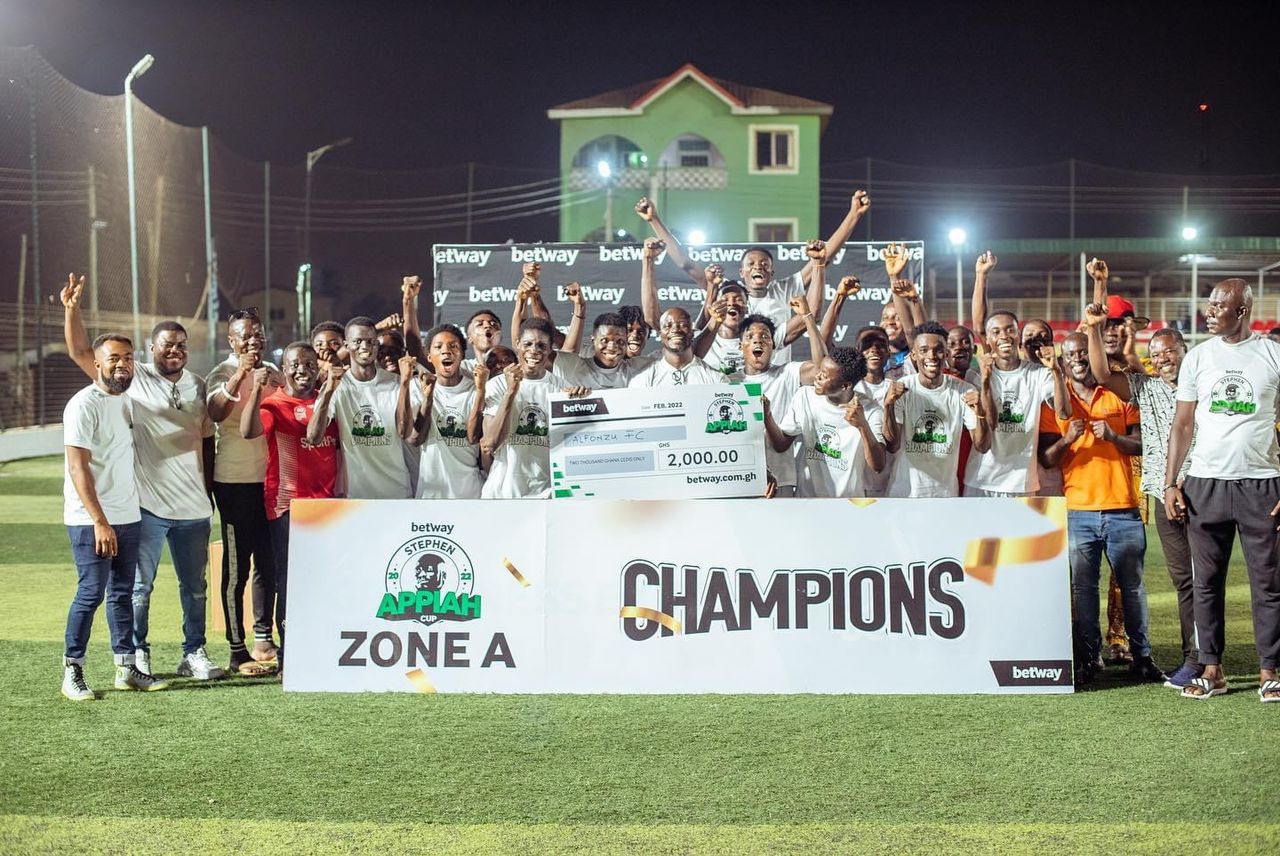 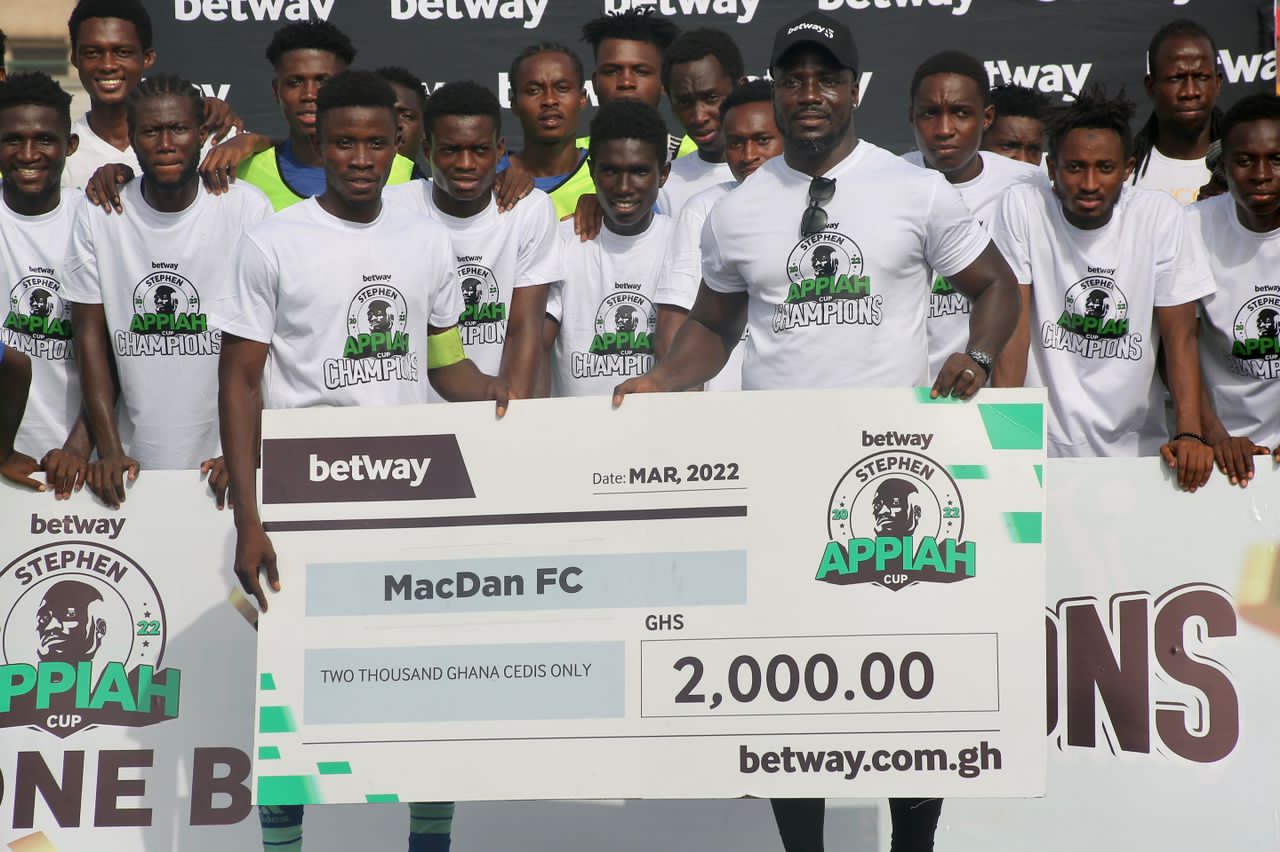 Commenting on this year’s gala, former Black Stars captain Stephen Appiah explained that he will be joined by other ex-footballers and scouts to watch the tournament, which could turn out to be a great opportunity for upcoming players to show off their skills.

“I have collaborated with Betway on the 12th Man, Betway Up and Betway Talent Search programmes. All of these initiatives focus on helping develop sports in Ghana. The Betway Stephen Appiah Cup 2022, which is the second edition, will also offer upcoming players an opportunity to showcase their talents and help grow the level of skill in our local communities. I urge all footballers to take advantage of such initiatives to help build their football career.”

The grand final is next in line, scheduled to take place on 8 April 2022 at the Stephen Appiah Sports Complex in Mambrobi.