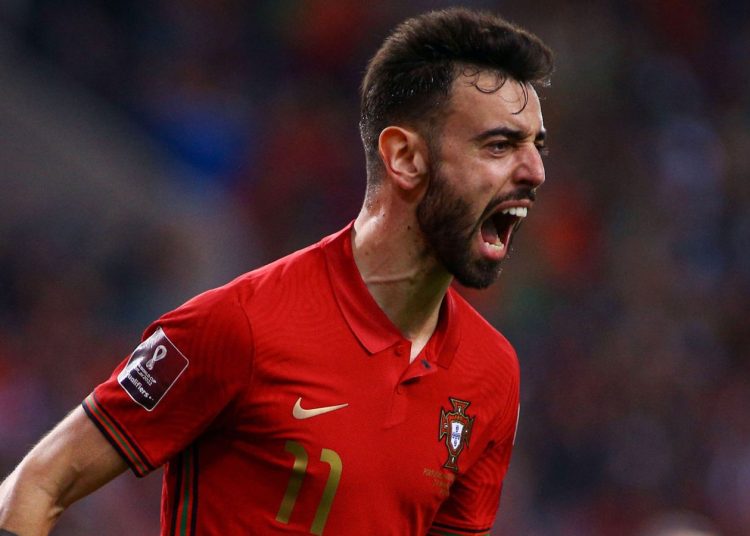 Bruno Fernandes scored twice as Portugal sealed their place in their sixth consecutive World Cup finals with a 2-0 win over North Macedonia in Porto.

Fernandes ended the visitors’ resistance with a 32nd-minute opener after being played in by a neat bit of skill from Cristiano Ronaldo.

From that moment on there was little danger of the North Macedonians repeating the heroics that saw them dump Italy out of the play-offs with a dramatic late winner in Palermo last week.

Fernandes sealed his side’s passage to Qatar in the 65th minute when he finished off a lightning counter-attack by stroking the ball past keeper Stole Dimitrievski.

Meanwhile, Poland joined Portugal in Qatar after securing a similarly straightforward 2-0 win over Sweden in Chorzow.

The Poles, granted a bye to the final qualifying stage following the expulsion of Russia, led through Robert Lewandowski’s 49th-minute penalty before a 74th-minute effort from Piotr Zielinski sealed the deal.

When is the draw?

By the end of March, we will know 28 of the 32 participants at the first winter World Cup. The final three places will be decided in the intercontinental playoffs in June as well as the final European playoff final which has been delayed due to the Ukraine-Russia crisis.

What is the format of the draw?

The 32 nations involved in the 2022 World Cup will be drawn into eight groups of four.

Host nation Qatar will be in position one of Group A. The other nations will be split into four pots based on FIFA rankings with the top-rated teams joining Qatar in pot one.

‘Black Stars have made us proud’ – Sports Minister

'Black Stars have made us proud' - Sports Minister