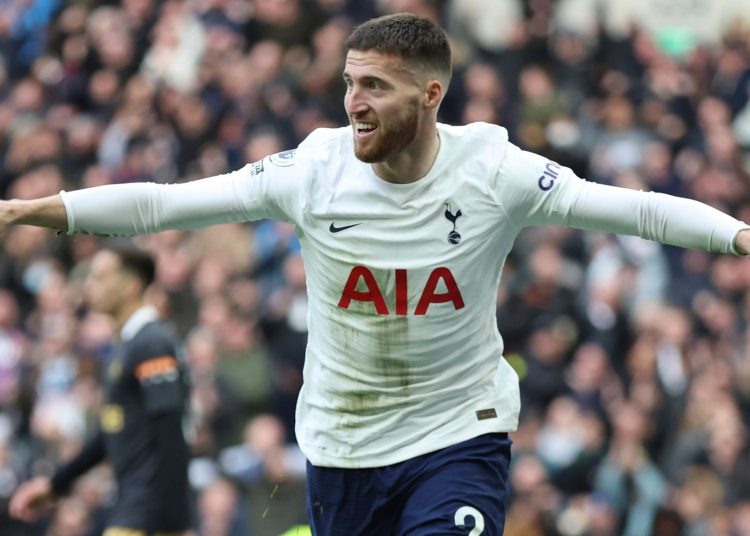 Tottenham moved up to fourth in the Premier League table and piled the pressure on rivals Arsenal with a thumping 5-1 comeback win at home to Newcastle.

Goals from Ben Davies and Matt Doherty either side of half-time turned the game around after Fabian Schar’s free-kick flew past Hugo Lloris, and Spurs kept their foot on the pedal for a big win which boosts their belief for the run-in.

Heung-min Son finished a fine move started by the excellent Harry Kane to give Spurs the two-goal cushion they needed to move above their north London rivals.

It was a man of the match display from Kane, despite being a surprise absentee from the scoresheet. Instead Emerson Royal added a fourth with his first goal for the club, and sub Steven Bergwijn raced through the centre of a suddenly exposed Newcastle defence to complete the rout.

It’s the first time Spurs have been in the Champions League qualifying spots since September and – with three Premier League wins on the spin – Antonio Conte’s previously painfully inconsistent side look like they’re hitting form at just the right time.

Arsenal – who now have two games in hand – can reclaim their top-four spot if they pick up a point at Crystal Palace on Monday Night, but the yet-to-be-rearranged postponed derby between the two rivals is shaping up to be potentially decisive.