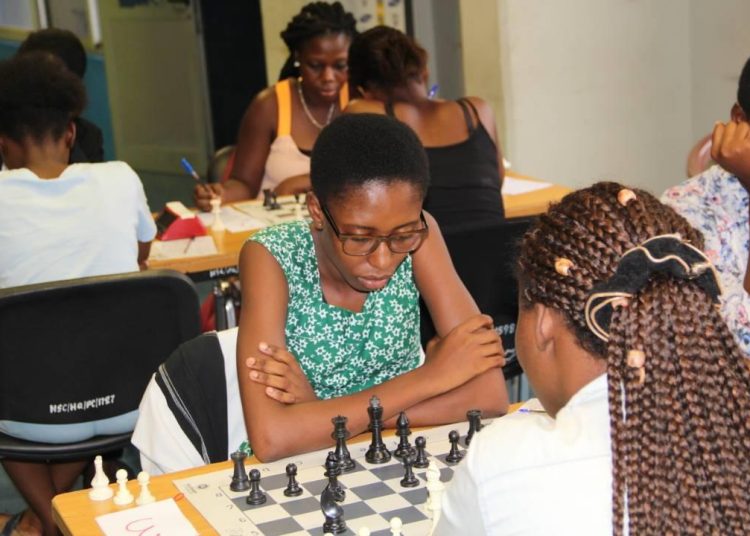 Ghana is home to many sporting activities. Football, boxing and athletics are among the most popular ones. There are other relatively popular sports such as golf, cycling, volleyball and tennis.

Growing up in a typical Ghanaian environment, one was most likely introduced to one or some of the above named sports. Some were also introduced to games like Draft, Oware and Ludu.

Very little or in most cases, nothing at all was said about the CHESS Game.

Over the years, Chess appears to be an unpopular game on the streets of Ghana unlike the relatively known ones.

How then did a game that is unpopular and for that matter a foreign game find itself in Ghana?

In Ghana, mostly game that originates from the western land is associated with the well-to- do and the privileged. Chess is not an exception of this theory.

In the 1970s, the late Ambassador Joseph Amo Asmah and his friends who always play the game of chess whenever they meet decided to form a club and take it to another level hence the birth of official chess association in Ghana. Ambassador later became the president of Ghana chess Federation and contributed his quota effortlessly of which he became Ghana’s first arbiter and made sure Ghana represented in world chess competitions.

However, after he was transferred outside Ghana for diplomatic duties, the activeness of the association went down to the extent that there was even a generational gap in that, between 1990 to somewhere in 2008 the game of chess went into dormancy as an organized body. This period cannot be captured without taking a look at the level of performance that the late Ambassador’s son, Frederick Asmah put up as a chess player.

He was unplayable then and he still remains one of Ghana’s greats in the game of chess. He was the national champion from 1986 to 1993. He was coached by the famous grandmaster Gregoric.

After over decades of dormancy, the activeness of the association came back to life in 2008 and around that time, aside from a few privileged individuals who owned chess boards, some universities also made chess boards available on their campuses and players were scouted and poached by this means. The current Ghana Chess Association is a product of this approach. Now the means to identifying chess potentials across the nation is similar to the approach used to poach athletes and it is all through university activities. This is evident in the fact that most of the champions and top rates in the senior category are all from universities across the country.

One approach that has helped in individual development is the chess app. Many of the current top playing individuals admitted the fact that they started practicing using the chess app. This has also been a means by which the Ghana chess Association use to scout or poach potential chess players and a typical example is the current crop of chess players that represented the nation in Kenya in junior chess championship who did our nation proud by bagging medals.

The story of FIDE Master (FM) Hashford John Kojo (2020 National Chess champion) is an intriguing one.
He was born at Elmina but grew up at Kwashieman-Bu a community heavily infested with football and boxing activities. However, trying his hands on the Chess game made him develop a strong interest in the sport. His prowess in the game is helping to put Ghana on the map as he gives his competitors a good run for their money.

The National chess championship is an open competition so other nationals who reside in Ghana are allowed to take part.

Locally, CM Thompson Edward Nii Lamptey, Hashford John Kojo, Joseph Jamena Mensah and Sosu Edwards are names that resonate in the ears of any individual that enters the media center of the Accra sports stadium which hosts almost all the national chess competitions.

The above mentioned individuals have won the major championship in the past three years in the men’s (senior) division.

In the (senior) women’s division, woman candidate master WCM Felix Tobi and WFM Angela Ayiku have been on top of issues. Maud Benson and Dotse Dzidzor Esi are other notable ladies that have really competed very well in recent times.

Dr Kwabena Adu-Poku and woman candidate master ( WCM )Tobi Felix are currently the reigning champions in men and women divisions respectively.
All efforts that are being put in pushing chess in Ghana to the very top largely depends on individuals who will represent and raise the flag of Ghana high in some years to come and so the question of do we have junior side that will make the future bright must be answered. The answer is “yes” and the walls and entrance of the Chess center already know names like Rchardson Mwauli(U-13) ,Angel Jordan Quansah, Acheampong Dave Quansah(U-9), Jeshurun obiri( U-7), Acheampong Jedidiah(U-13) , Boateng Tatchelle, and Amoako Philip Selikem. What even makes the future brighter is that, majority of these little ones have already represented Ghana in an international competition held in Kenya as they brought medals home.

University games has been a source of almost all the disciplines of sports athletes for our nation and chess will be one of the very few new disciplines that will be played at Ghana university games (GUSA games) in about three month’s time at the Kwame Nkrumah University of science and Technology (KNUST).
This means more avenues of scouting sources and more potentials to be poached.

Unlike some decades back we now have a couple of players who are not only performing here in Ghana but are also doing well on the continental stage. As a result of this, there needs to be more recognition in the chess sports which will also encourage more individuals to venture into it.

In the just ended chess championship organized by the Ghana chess Association, the top five best performers will represent the nation at the world chess Olympiad in Russia. Russia has however been scrapped of the hosting right and a new host is yet to be decided.

On the African continent, the country which boasts of best chess players is Egypt. South Africa, Kenya and Tunisia and recently Botswana are other countries with competitive chess players. Ghana has competed all these countries very well to the extent that Acheampong Jedidia Nana Osei came first ahead of an Egyptian and south Africans in an open championship event in the U-08 division last year.

With intensified concerted effort aimed at reviving this sport, Ghana will make significant strides and will also create a form of livelihood for many people. With the efforts been made so far, clearly, there’s hope that CHESS will be a formidable sport in the coming years in Ghana.