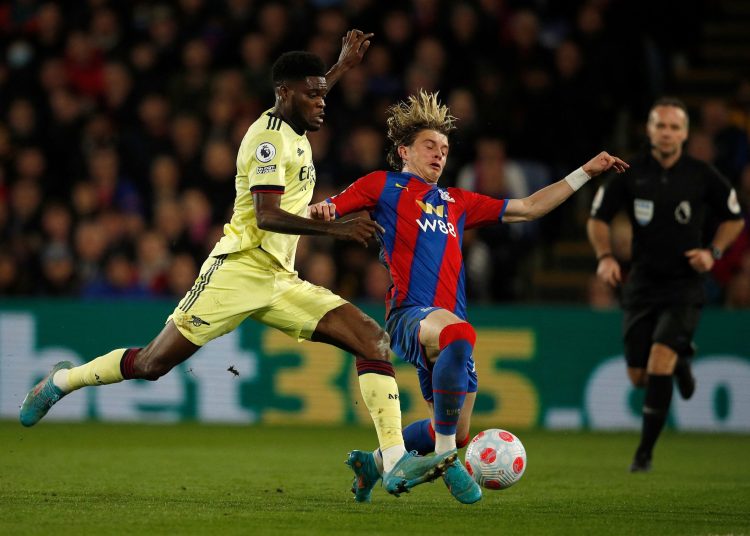 After 75 minutes, the midfielder was replaced by Albert Sambi Lokonga after complaining of an injury.

It is not know how long he will be out injured.

Partey’s Ghana teammate, Jordan Ayew, scored one of the goals as Palace hammered the Gunners 3-0 at Selhurst Park.

The goal is Jordan’s first for both club and country in 2022 and he will hope to score more in the coming games.

Jeffrey Schlupp, another Ghanaian who played in the contest, performed admirably. His versatility aided Palace’s victory over the Gunners, who came into the game as heavy favourites after winning seven of their previous eight games.

Ghana President Akufo-Addo was there at the stadium to cheer on the three players.

Arsenal is battling for a spot in the top four and cannot afford to lose one of its greatest players. They’ll be hoping Partey’s injury isn’t serious enough to keep him out of their next game against Brighton on Saturday.