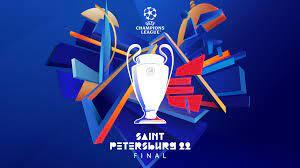 Eight teams are now left to battle for the coveted Champions League trophy after a bright start to the 2021/22 season.

Manchester City and Pep Guardiola were pitted against Diego Simeone’s Atletico Madrid in a game that promises to be action-packed.

Premier League rivals Chelsea will have a huge battle on their hands as they face Spanish giants Real Madrid at Stamford Bridge.

Here are the four games to look out for this midweek.

Benfica delivered an upset in their round of 16 games against Ajax and will be looking to continue the trend as they face Premier League giants Liverpool.

Liverpool on the other hand generally struggled to get past Italian side Inter Milan and will look to make a statement at this stage of the competition.

The two teams last met in the Europa League where both sides won one game each. It will expectedly be an enthralling battle.

Liverpool are currently favorites to win according to Betway, with their odds priced at 1.41 whilst that of Benfica stands at 7.20.

Manchester City aim to go to their second consecutive Champions League final and currently have Atletico Madrid as a hurdle.

Atletico Madrid however, will be looking to do what they did to City’s rivals Manchester United and possibly challenge for the trophy.

It will be the first competitive meeting between the two teams and a win for either side will be huge for bragging rights.

Betway tips Manchester City to win the first leg with their odds currently priced at 1.34 whilst that of Atletico Madrid stands at 9.00.

Villarreal will be aiming to cause a huge upset as they take on 2020 Champions League winners Bayern Munich at home on Wednesday.

Bayern on the other hand will be looking to record a comfortable victory over the Spanish side and edge closer to another Champions League trophy.

The two sides have met twice in this competition and Bayern were victors on both occasions in the group stage.

Bayern have 1.62 odds currently to win according to Betway whilst that of Villarreal has been priced at 5.00.

Defending champions Chelsea will aim to keep the crown by first getting past Real Madrid at home on Wednesday.

Real Madrid on the other hand hope to put an end to their six-year drought as they make the interesting trip to Stamford Bridge.

The two teams have battled each other in this competition twice. Chelsea have won one and drawn one with a 3-1 aggregate score line.

Chelsea currently have 2.06 odds to win according to Betway whilst Real Madrid have 3.70 odds.