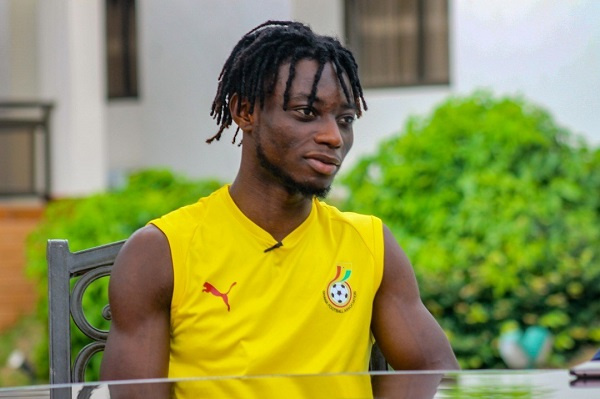 Black Stars defender, Gideon Mensah, has opened up on the overwhelming support the team received in Kumasi during the FIFA World Cup playoffs.

Ghana beat rivals Nigeria on away goals to book a place at the FIFA World Cup in Qatar, and that feat was largely due to the priceless clean sheet Ghana achieved in front of their home fans at the Baba Yara Stadium.

The 40,000 capacity Baba Yara Stadium was sold out, with thousands outside the stadium in support of the Black Stars who managed to secure a massive goalless draw.

This atmosphere DESERVED a win. Kumasi is UNMATCHED. pic.twitter.com/r1Fqbecziy

In an exclusive interview, with Citi Sports, Mensah spoke of how pleasantly surprised the players were and the importance of the huge turnout on the end result.

“I play in Europe and I’ve seen fans come out in their numbers to support their teams, but what I saw in Kumasi is something I’ve never seen in my career.

“I knew that the people of Kumasi always come out for the Black Stars, but this was unexpected. They gave us a certain feeling of love that we haven’t experienced before,” he said.

Ghana has been drawn in Group H, along with Portugal, Uruguay and South Korea in the World Cup which starts in November 2022.