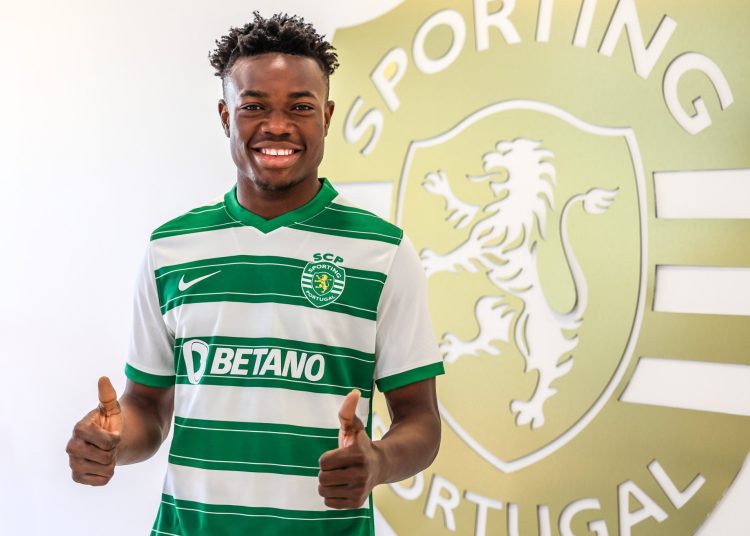 Abdul Fatawu Issahaku has a release clause of 60 million euros.

Issahaku, 18, has been at the club since February and has been training with the U-23 side of Sporting Lisbon.

Sporting Lisbon beat the likes of Liverpool and Bayer Leverkusen to secure the signature of the highly-rated attacking midfielder and the player expressed his joy after signing for the club and his wish to succeed and bring happiness to his fans back home in Ghana.

“I’m very happy to be here. It’s fantastic. They welcomed me very well.  Ghanaians believe in me and I had opportunities very early on. They made my dream possible and without that I don’t think I would be here. I promise to work hard to help the team achieve its goals”.

Abdul Fatawu Issahaku grabbed the headlines in the U-20 AFCON, after being named the player of the tournament and helping Ghana win its fourth youth continental trophy.

After the tournament, he signed for the Ghana Premier League side, Dreams FC, in anticipation of the move to Europe.

The forward was a member of Ghana’s team that represented the country at the Africa Cup of Nations hosted in Cameroon and played a part in the team edging Nigeria over two legs to qualify for the 2022 FIFA World Cup to be hosted in Qatar.