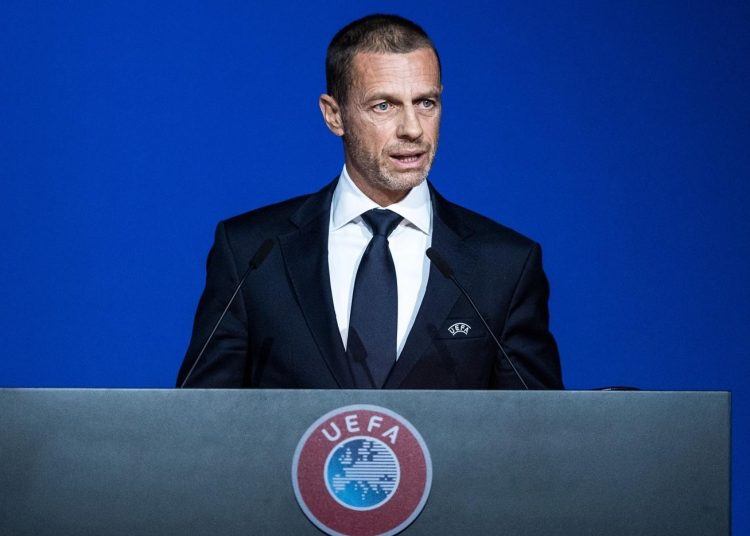 Uefa has brought in new financial regulations which will limit clubs’ spending on wages, transfers and agents’ fees to 70% of their revenue.

The new rules will come into force in June and clubs will have three years to implement them.

It is thought new reinforced punishments, including points deductions, demotion to lower-ranking competitions and potential exclusion from European football completely, will be introduced as part of the new regulations.

The new “financial sustainability regulations” have been put together by Uefa and the influential European Clubs Association (ECA) and “are the first major reform” of the financial fair play (FFP) rules introduced in 2010.

“However, the evolution of the football industry, alongside the inevitable financial effects of the pandemic, has shown the need for wholesale reform and new financial sustainability regulations.

“These [new] regulations will help us protect the game and prepare it for any potential future shock, while encouraging rational investments and building a more sustainable future for the game.”

In a statement, Uefa added: “While the acceptable deviation has increased from 30m euros over three years to 60m over three years, requirements to ensure the fair value of transactions, to improve the clubs’ balance sheet, and to reduce debts have been significantly strengthened.

“The biggest innovation in the new regulations will be the introduction of a squad cost rule to bring better cost control in relation to player wages and transfer costs.

“The regulation limits spending on wages, transfers, and agent fees to 70% of club revenue.”

What are the current FFP rules?

Currently, clubs can spend up to 5m euros more than they earn per three-year assessment period. However, they can exceed this level to a limit of 30m euros, if it is entirely covered by a direct contribution/payment from the club owner(s) or a related party. According to Uefa, the idea of this was to “prevent the build-up of unsustainable debt”.

Uefa has a wide-ranging list of potential punishments for clubs which break these rules, from a warning to loss of European titles. In 2020, Wolves were fined 200k euros and given a 23-man squad limit instead of the usual 25 after breaching Uefa’s FFP rules.

However, given the financial impact of Covd-19, which has seen European top-flight clubs lose £7bn, Uefa felt the rules needed to be changed.

There had been speculation around the implementation of an actual salary cap, but this idea has now been abandoned.