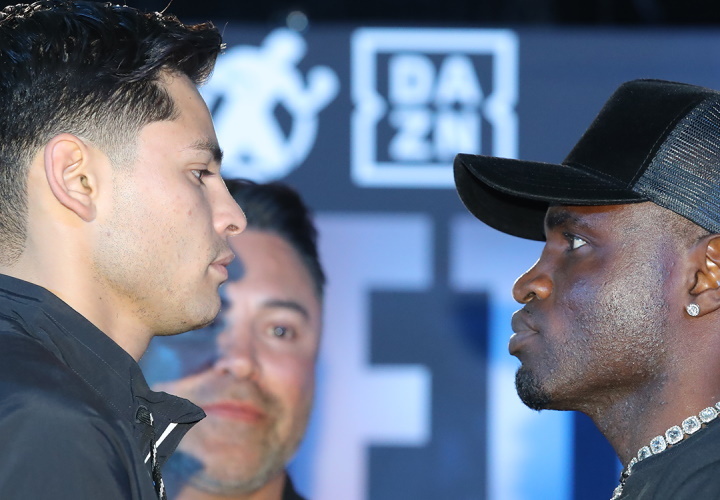 Emmanuel ‘Game Boy’ Tagoe and Ryan Garcia’s face-off nearly resulted in exchange of blows between the two boxers even before their showdown this weekend.

The Ghanaian takes on Garcia in his first fight since relocating to the US in a Lightweight non-title fight in San Antonio, Texas on Saturday 9th April, 2022.

During the face off, the two boxers were caught in a war of words which nearly resulted in fisticuffs before they were both separated.

Undefeated Garcia, 23, comes into the fight with 21 wins, including 18 KOs.

Tagoe on the other hand, has 32 wins in 33 fights (15 KOs)  and one defeat. A win against Garcia could offer him an opportunity to fight for a world title.

SEE THE VIDEO BELOW: