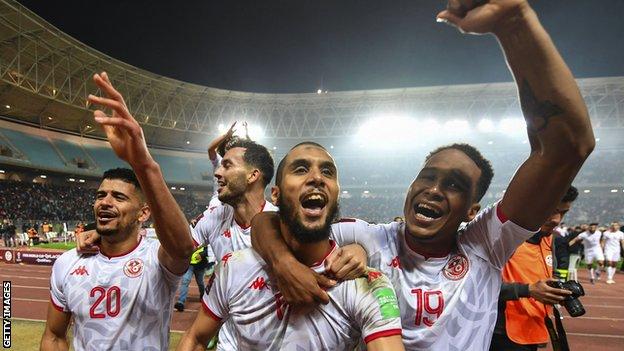 Qualifying dates for the 2023 Africa Cup of Nations have been changed shortly after Tunisia suggested they may skip the tournament to concentrate on preparations for the 2022 World Cup.

All six rounds of Nations Cup qualifiers were initially due to be concluded in September this year, with four matches in June and two in September.

The Confederation of African Football (Caf) has approved modifications to the schedule, moving two matches from June to March next year.

However, Tunisia and the four other African sides who have qualified for the World Cup – Cameroon, Ghana, Morocco and Senegal – will still be restricted in their preparations for the tournament in Qatar, which will be held in November and December.

Moving two games from June can allow two friendly matches to be arranged or for players to be rested.

However, September’s international window, when African sides would still face key Nations Cup qualifiers, is the last one available to national teams prior to naming their World Cup squads.

Clubs then have to release players on 14 November, a week before the first group matches in Qatar.

The 2023 Nations Cup in Ivory Coast is scheduled for June and July next year, with the qualifying group draw set to be be conducted on Tuesday, 19 April.

Sides will be split into 12 groups of four, with the top two in each group progressing to the finals.