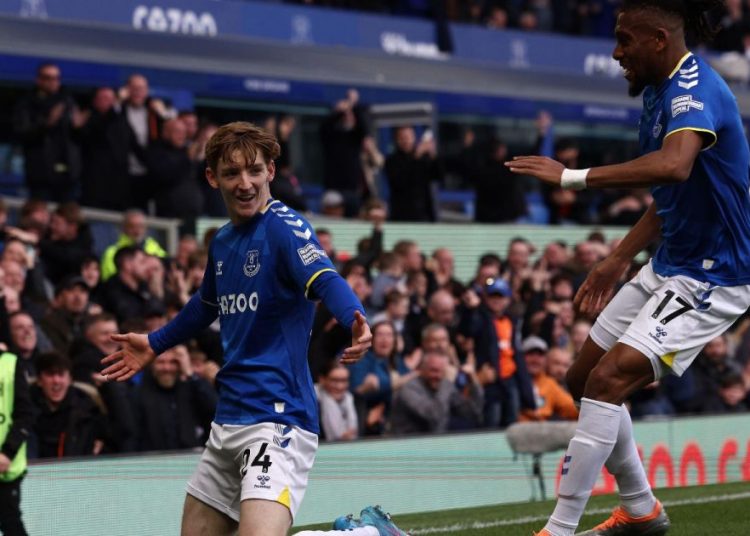 Gordon’s shot deflected off Harry Maguire’s back (27) beyond David de Gea to provide the hosts with the slice of good fortune that has deserted them so often in this torrid campaign.

United, who are close to appointing Erik ten Hag as their new manager, struggled to find their rhythm thereafter as the returning Cristiano Ronaldo’s late booking for petulance typified another disjointed, lethargic display under interim boss Ralf Rangnick.

He may have had the final say when he collected Maguire’s header across goal in stoppage time but his instinctive shot was kept out by the excellent Jordan Pickford.

After self-imploding at Burnley in midweek, Frank Lampard’s side re-established a four-point gap on Burnley in the final relegation position ahead of the weekend’s remaining games as United suffered another blow to their flickering hopes of a top-four finish.

All five of Lampard’s victories have come on home soil, and it is here at his famous old ground – at its most visceral, obstructive and unwelcoming on Saturday – where Everton’s best hope of staving off a first relegation in 71 years reside.