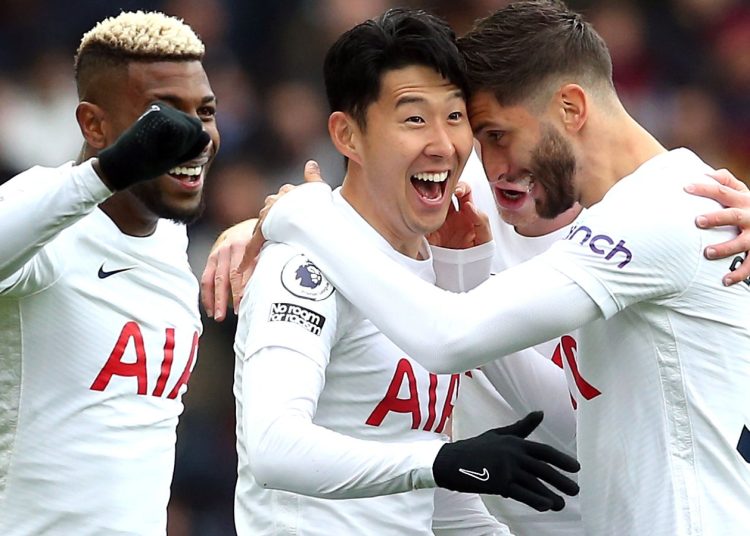 Heung-Min Son’s hat-trick took Tottenham three points clear of Arsenal in the race for fourth with a clinical 4-0 win away to Aston Villa.

Goals early in each half from Son and Dejan Kulusevski put Antonio Conte’s team in control, before the hat-trick hero added two more on the break to seal an emphatic victory.

Villa had plenty of chances in the first half as they peppered Hugo Lloris’ goal with shots but, roared on by their fans, they could not take any of their opportunities. It was the difference.

Arsenal’s surprise home defeat to Brighton earlier in the day meant Spurs had remained fourth at kick-off and the victory means they are now in a strong position to secure Champions League football.

For Steven Gerrard and Aston Villa, the mood is rather different. This result – a fourth consecutive Premier League defeat and the worst of the lot – leaves them in the bottom half of the table.