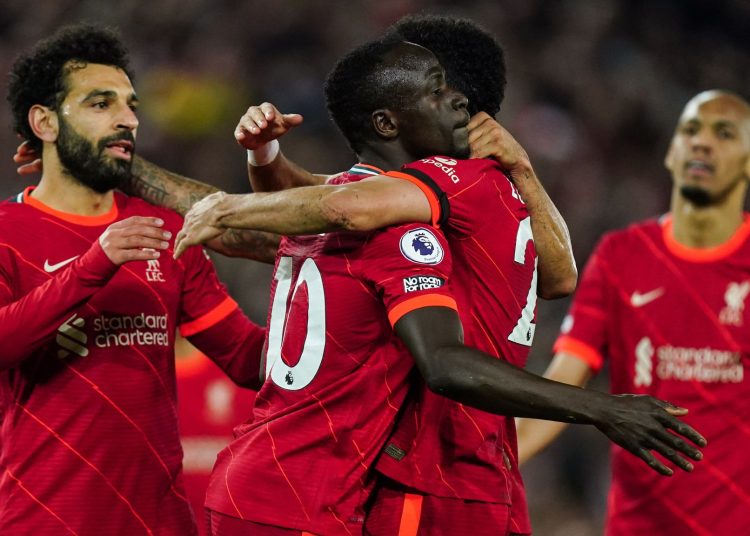 Liverpool moved two points clear at the top of the Premier League table with a dominant 4-0 win over Manchester United at Anfield.

The trio of Luis Diaz, Mohamed Salah and Sadio Mane scored the first three goals, two of them in the first 22 minutes, in an emphatic performance to which United simply had no answer.

And Salah had the final say, set up by Diogo Jota this time, with his second of the night to cap it off as Liverpool added a four-goal win to their five-goal beating of United in October.

Ralf Rangnick’s cautious five-man defence seemed designed to keep things tighter this time but United were overwhelmed from the outset, missing the chance to press their claims for fourth.

Jurgen Klopp’s side did their job ruthlessly, dismantling United in a high-tempo game – conducted expertly by Thiago – that was too much for the visitors.

Manchester City can restore their advantage with victory over Brighton on Wednesday but Liverpool’s momentum continues. In this form, talk of the quadruple is not going away.
Source: Sky Sports
ShareTweetSend
Previous Post