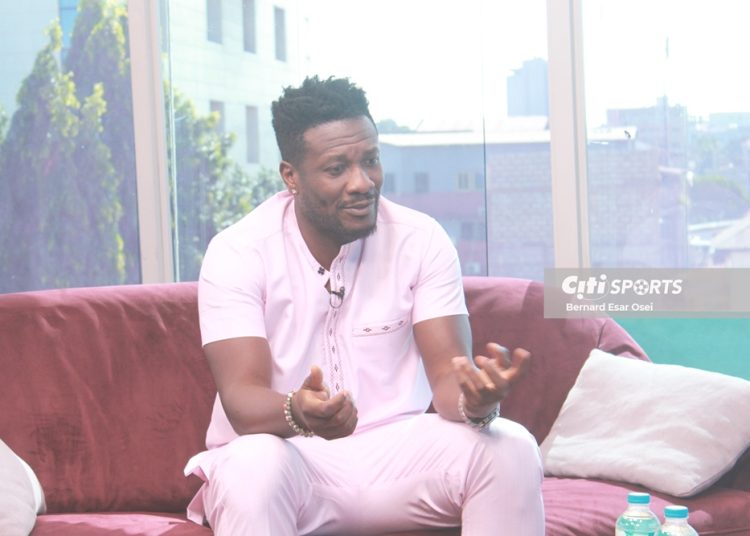 Ghana’s all-time leading goalscorer, Asamoah Gyan believes his new book can inspire younger generations to give back to their communities.

Gyan, who was on Citi TV‘s Breakfast Daily earlier on Wednesday to talk about the launch of his memoirs, excellently titled ‘LeGyandary’ on April 30, said despite initially not wanting his charity work to be publicised, he realised the positive impact doing so could have on others.

“Throughout my career, there’s been a lot of good things, ups and downs. I’m somebody who tries to do everything behind the scenes even donations. At the beginning of my career, that’s what I was doing,” he said.

“I don’t like cameras around when I’m doing these things. It got to a time, my team was like, people should recognise what you are doing for the society. I gave it a second thought because when people see what you are doing, it can encourage the younger generation to also give back to the community.”

Gyan believes his book could serve a similar purpose, with lots of people picking important lessons from all the ups and downs he has faced in his life and career.

“Writing my book I feel like there are a lot of things people will take inspiration from; the positives and negatives. that was the plan,” Gyan added.