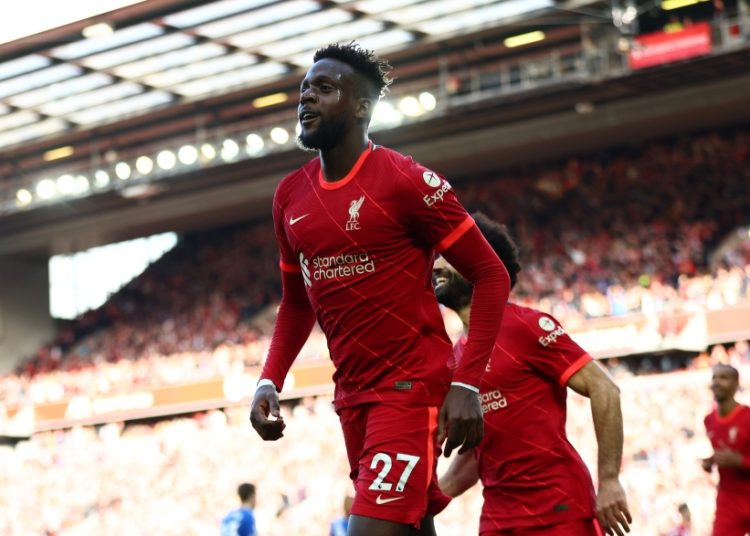 Liverpool moved back to within one point of Premier League leaders Manchester City and left neighbours Everton languishing in the bottom three after victory in the Merseyside derby.

Struggling Everton made Liverpool fight for their win with a well-organised and disciplined performance that will give them hope they can still avoid the drop but was not enough to deny Jürgen Klopp’s quadruple-chasing side.

Liverpool can find different ways to get the job done and after blowing Manchester United aside on Tuesday they demonstrated patience to finally break down Everton’s stubborn resistance in what could prove to be a priceless win.

The deadlock was broken after 62 minutes when Andy Robertson arrived at the far post in front of the KOP to head home Mo Salah’s cross.

Everton could not respond, although Demarai Gray powered a drive just wide, and Liverpool wrapped up the win when substitute Divock Origi tormented the neighbours once again when he headed in Luis Diaz’s bicycle kick with six minutes left.

The loss means the Toffees end the day in the top-flight’s bottom three for the first time since 6 December 2019. They were last in the relegation zone this far into the season in 1998-99.