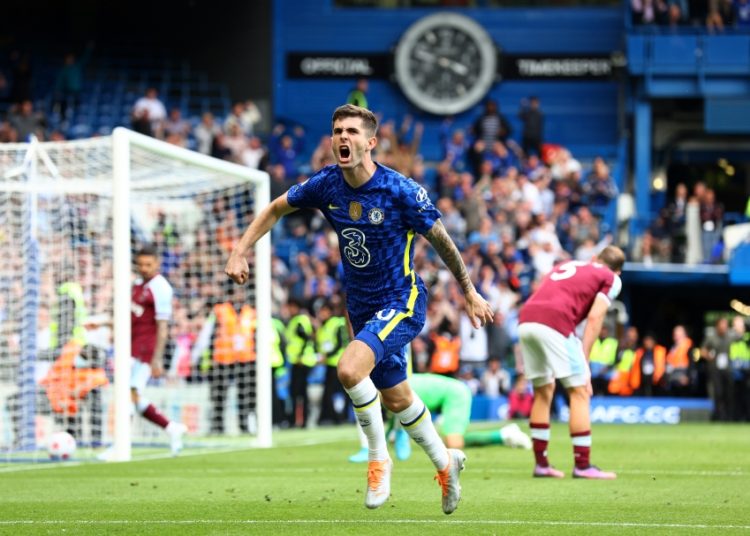 David Moyes rested six players before their Europa League semi-final on Thursday and it looked like they might hold for a precious point when Jorginho’s woeful effort from the spot was saved by Lukasz Fabianski after 87 minutes.

But after Craig Dawson was sent off after a video assistant review (VAR) for fouling Romelu Lukaku in the build-up to the penalty, Pulisic turned the saviour as he tucked in Marcos Alonso’s low cross.

It sent Stamford Bridge into raptures after a frustrating afternoon that looked set to continue manager Thomas Tuchel’s poor form at home, with his side having lost their last three games.

But the victory sparked relief for him and his players as they recovered from their midweek defeat by Arsenal to move five points clear of the fourth-placed Gunners.

West Ham will be distraught they did not get anything from the game after a sterling display, with Declan Rice, Jarrod Bowen and Michail Antonio all starting on the bench.

Dawson, who was otherwise excellent with a number of blocks, will also feel aggrieved as West Ham remain seventh, eight points behind Arsenal.