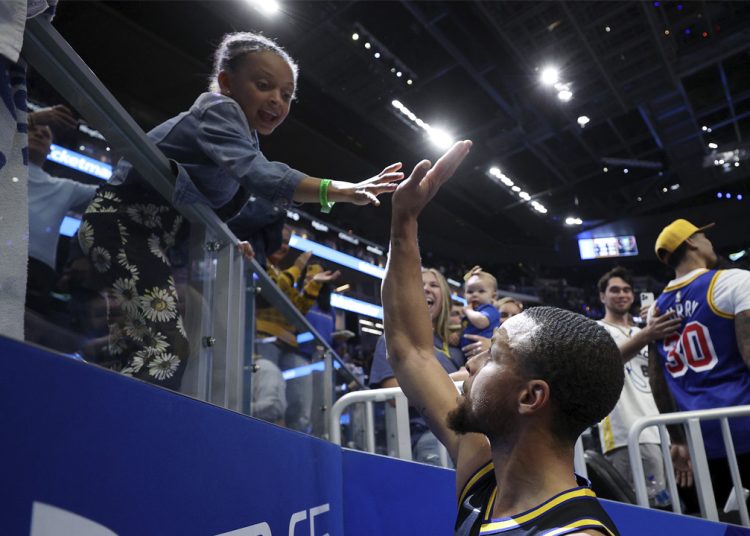 Steph Curry was in superb form on Thursday morning, hitting 30 points, including five threes as the Golden State Warriors closed out their NBA playoff series against the Denver Nuggets.

Curry was given an ovation by the adoring crowd at the Chase Center and there were even chants of ‘M-V-P’ as the three-time NBA champion shot the Warriors to the W.

One particular fan in the stands meant more to Steph than most – his daughter Ryan. 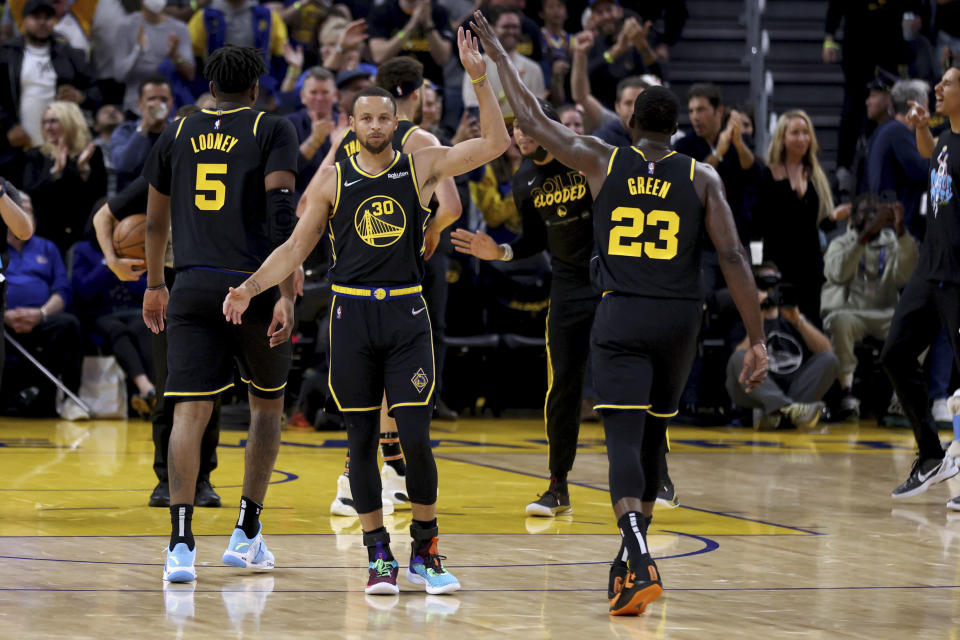 Steph made his way over to Ryan and the pair celebrated the win over the Nuggets with the cutest handshake and dance you’ll see all month.

It even left mom, Ayesha stunned.

There’s a chance we might see more of the celebratory dance as Curry and the Warriors progress to the Western Conference semis, where they’ll take on either the Memphis Grizzlies or the Minnesota Timberwolves.