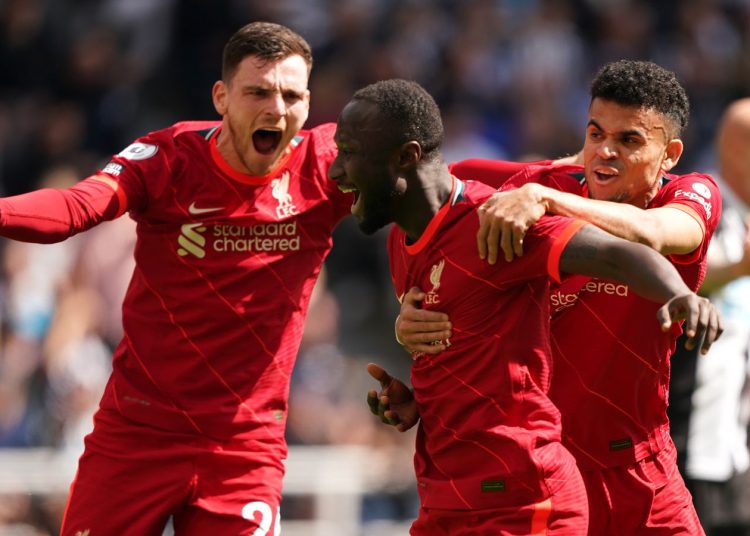 Liverpool moved top of the Premier League table and continued their chase for a historic quadruple with a narrow 1-0 win over Newcastle at St James’ Park.

Three days on from their 2-0 victory over Villarreal in the Champions League semi-final first leg, the Reds moved two points clear of Manchester City, who face Leeds later on Saturday, courtesy of Naby Keita’s first-half strike (19).

Newcastle felt aggrieved by the goal, feeling James Milner should have been penalised for a foul on Fabian Schar in the build-up, but replays showed he won the ball fairly and Keita capitalised with a composed finish after exchanging passes with Diogo Jota.

They were unable to extend their lead, however, with Sadio Mane going closest when he fired narrowly wide in the second half and Jota, Luis Diaz and substitute Salah also spurning chances.

Newcastle occasionally threatened an equaliser on the break, ensuring a nervy finale for the visitors, but Klopp’s men held on to make it three consecutive wins in the Premier League and keep the pressure on City as a thrilling title race continues.

El Hadji Diouf: “Gyan needs to be part of the Black Stars set up”