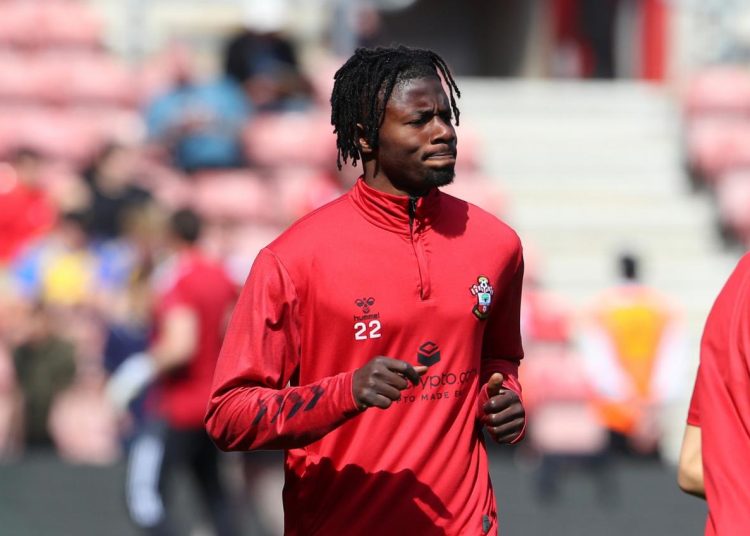 Southampton’s Ghanaian defender, Mohammed Salisu, has opened up on his dip in form that has resulted in him being dropped to the bench for Southampton’s last two Premier League games.

Salisu, 23, had a great start to the season, and leads the charts for interceptions (74) across the division, alongside partner Jan Bednarek (65) – but recent performances, starting with a forgetful showing in the 6-0 defeat to Chelsea, have raised question marks over the player’s mentality.

But the former Real Valladolid man, who could join the Ghana squad for the 2022 FIFA World Cup, insists mistakes are part of football and he is working hard to return to his early season form.

“For me, in football mistakes come. When it comes, you have to stay positive and try to believe in yourself,” Salisu told the Daily Echo.

“Try to sit down and see what’s not right so you can make it better. I had a couple of bad games, I will say. But I’m still working hard to get back to my best.

“I’m doing Ramadan and it’s not easy. It’s very hard at the same time playing games, I think it’s a little bit affected me. But I’m still working hard and I will get back strong.”

Manager Ralph Hasenhuttl had identified at the start of the season that Salisu’s main improvements had to come on the ball.

By the end of September, the Austrian was already praising Salisu for the application shown – but, as the ugly defeat to Watford in March displayed, it is still by no means a finished article.

“When I started I didn’t want to make things difficult, I tried to make things simple (with the ball) and then be stronger in defence,” Salisu admitted.

Salisu’s decline in form, seeing him left on the bench for Arsenal and Burnley this month, has coincided with the team’s, and for all but a few supremely dependable characters, every player on that team also.

Saints have picked up just one win in eight Premier League matches since the shellshock of a 4-0 defeat at Aston Villa – which injured Salisu missed.

A dominant Salisu was the benchmark for the start of the run proceeding that too, with a man-of-the-match performance during the 1-1 draw versus Manchester City. Five wins and a draw in six followed, across all competitions.

“Great, I would say great,” Salisu insisted, reflecting on his first full season as a Saints regular. “Four games left, it’s not going to be easy.

“We want to finish in a good place so we have to work hard every day and fight for every game to make sure we can.

“It’s been nine games and we’ve only had one win. I think the fans are expecting to win this Saturday, so we’re going to give our best and fight for everything to get what we want.”

Salisu, with 30 Premier League appearances, has played more league matches than any of his centre-back partners this season – Bednarek is closest, with 29.

Until he picked up a hamstring tendon injury in September, Jack Stephens was his trusty partner in defence. Lyanco, who is still learning English, has played a bit-part role in his first season at St Mary’s.

“I speak like four languages, it helps a lot,” Salisu revealed. “When I was coming to England, I speak English so I thought this was the right place for me because I can communicate with the players, I can talk with people outside.

“We all know what we are doing and the manager knows what he wants. So everyone knows. When I’m with Jan, he knows exactly what he has to do, with Jack the same as well – and Lyanco, it’s just the communication but I speak a little bit of Spanish which really helps.”

Salisu could have another new centre-back partner to play alongside following the summer transfer window, should Saints choose to shuffle the deck.

Supporters hope the former Real Valladolid man’s individual future will be more settled. Under contract at Saints until 2024, it had been reported that situations with agents had been resolved and the club are now free to negotiate new terms.

“I’m focusing on here. I’m trying to work hard, I need to focus on here now and the future is the future. It’s going to come but now I’m really focused on here,” Salisu declared, when asked about this possibility.

“Gyan is one of my favorite players” – El Hadji Diouf

"Gyan is one of my favorite players" - El Hadji Diouf