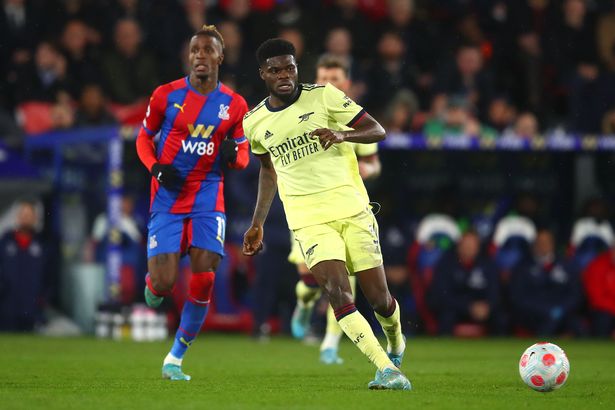 Arsenal manager, Mikel Arteta, has ruled out the possibility of Thomas Partey returning to action before the end of the season.

The 28-year-old was forced off the pitch in Arsenal’s game against Crystal Palace and was expected to be out for at least six weeks.

According to Mikel Arteta, the injury is a “significant” thigh problem that will see him sidelined for a while.

However, the Ghanaian international was seen training again, which brought some excitement to the Arsenal fans.

But Mikel Arteta, in a press conference today, has reiterated that he does not expect Partey to make a return quickly and he ‘hopes’ to be wrong about not getting him before the end of the season.

“We don’t expect him to make progress that quickly to see him this season.”

The Gunners will play West Ham away on Sunday.