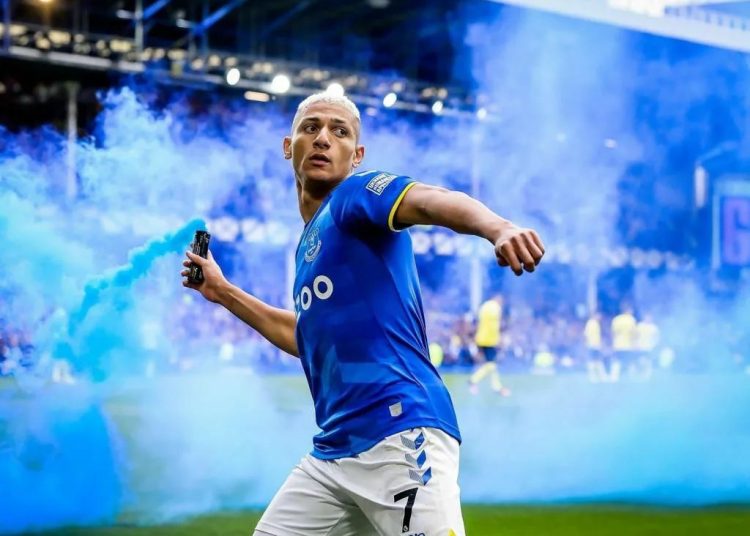 Everton boosted their hopes of Premier League survival as Richarlison’s second-half strike and a string of fine saves from Jordan Pickford secured a crucial 1-0 victory over Chelsea at Goodison Park.

Following Burnley’s comeback victory against Watford on Saturday, the pressure was firmly on Frank Lampard’s side, and the importance of the game was shown by the scenes around the ground before kick-off as Everton fans lined the streets to greet their side’s arrival.

The electric atmosphere continued inside Goodison Park, and after a goalless first half in which Everton had the better of the play, they eventually broke the deadlock very early after the breakthrough Richarlison’s strike.

It was not all plain sailing for Everton and they needed Pickford to make not one, but two stunning saves as he denied Cesar Azpilicuta with a save-of-the-season contender before blocking Antonio Rudiger’s goal-bound effort.

Everton came under late pressure as Chelsea pushed for an equaliser, but the Blues were denied again by Pickford, who kept out Mateo Kovacic’s low strike as Lampard’s side, urged over the line by the home fans, held on to move two points behind Leeds and Burnley, with a game in hand.