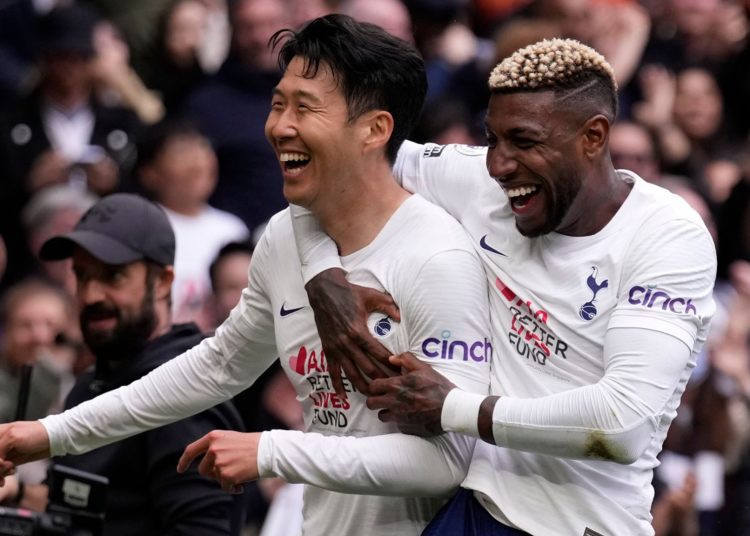 Heung-Min Son and Harry Kane fired Tottenham to a 3-1 win over Leicester and above Arsenal into fourth in the Premier League – for a few hours at least.

After defeat to Brighton and a draw at Brentford in their last two outings Spurs could ill-afford another setback but their trusted attacking duo delivered another inspired performance to get their bid for Champions League qualification back on track.

Kane ended a five-game goal drought with a 22nd-minute header from Son’s first-half corner before Dejan Kulusevski, a surprise omission from the Spurs starting XI, came off the bench to set up Son for the second on the hour.
Son then put the game to bed with a sensational curled finish into the top corner of the Leicester net with 11 minutes remaining as Spurs climbed above Arsenal and piled the pressure on their north London rivals ahead of their trip to West Ham later on Sunday
Source: Sky Sports
ShareTweetSend
Previous Post