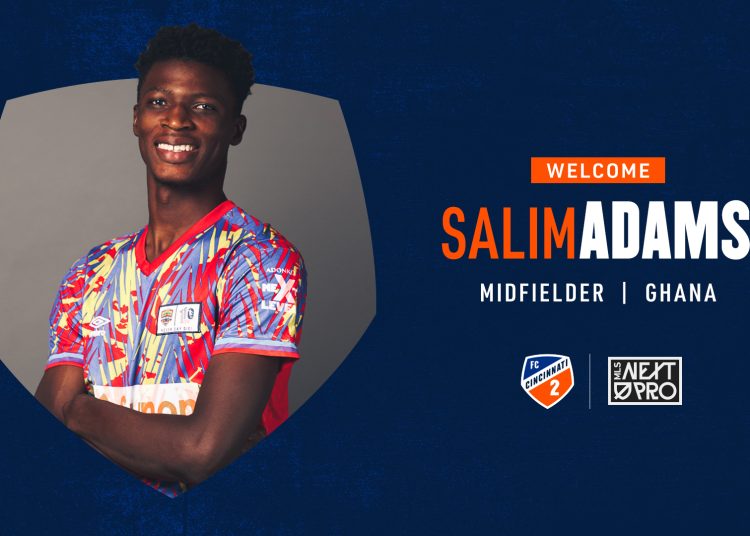 American Third Tier side, FC Cincinnati 2, has announced the acquisition of Hearts of Oak midfielder Salim Adams on a loan through 2022, with an option to purchase.

The outright purchase option is contingent on league and federation approval, in addition to ITC and work authorization.

Adams joins FCC 2 as a part of the relationships forged between FC Cincinnati, TSG Hoffenheim in the Bundesliga, and Accra Hearts of Oak, the Ghanaian champions.

Adams is the first player to move to FCC 2 as a part of the Common Value Club Alliance.

FC Cincinnati 2 compete in the MLS Next Pro League, the third tier league in the US.

“I’m excited to welcome Salim to FC Cincinnati,” said Tyrone Marshall, Head Coach of FC Cincinnati 2. “He’s a promising midfielder who will be an excellent addition to our group and our style of play at the club.”

The 19-year-old from Ghana has scored three goals in his 23 appearances in defensive midfield for Hearts of Oak, including a man-of-the-match performance in the 2022 President’s Cup victory against Asante Kotoko.

An explosive addition to our midfield. ✨

I’m ready to play for the Black Stars – Antoine Semenyo