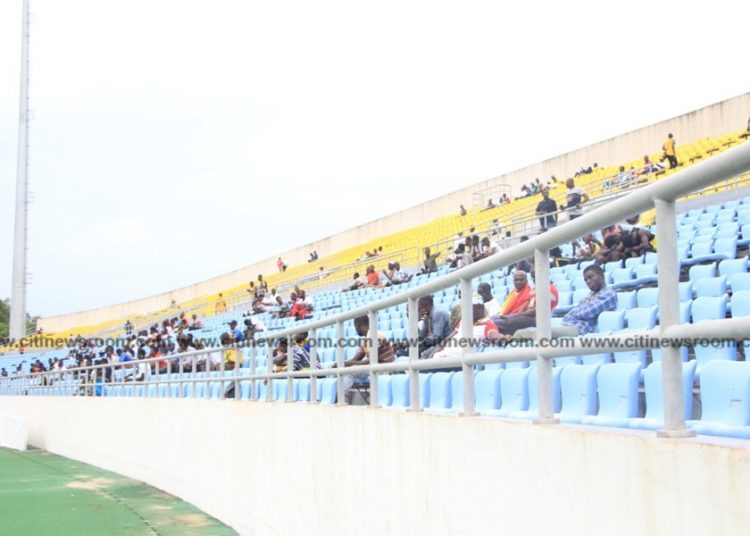 The Cape Coast Stadium will host Ghana’s AFCON 2023 qualifier against Madagascar after the Confederation of African Football (CAF) approved a request to use the stadium for the game.

CAF confirmed that the Cape Coast Stadium could host the match in June after an inspection.

A letter signed by CAF Development Officer, Raul Chipenda and delivered to the GFA’s General Secretary, Prosper Harrison Addo, on Sunday, May 1, 2022 said the stadium will be evaluated further on matchdays through the CAF Match Command Center (MCC).

The GFA will be sanctioned, however, if technical and organisational issues are detected by the CAF officials.

“In the event that organizational and stadium technical infractions are noted by the designated CAF officials during matches, financial sanctions may be imposed on the GFA as per the established CAF grid for lack of technical facilities in the stadium.”

In a statement, CAF said a report presented by the onsite inspector it appointed revealed that the stadium was still not up to standard weeks after the match.

“Following the one match approval given by CAF for the use of Baba Vara Sports Stadium (Kumasi) in the FIFA World Cup Qatar 2022 African qualifiers playoff round matches under the condition that specific points were to be corrected in the stadium, based on the report received from the CAF inspector that was onsite, we regret to inform you that the improvements made are still not up to the standards required by CAF to host Senior International A matches,” CAF’s statement said.

‘It’s been difficult’- Kamaldeen Sulemana opens up on injury ordeal