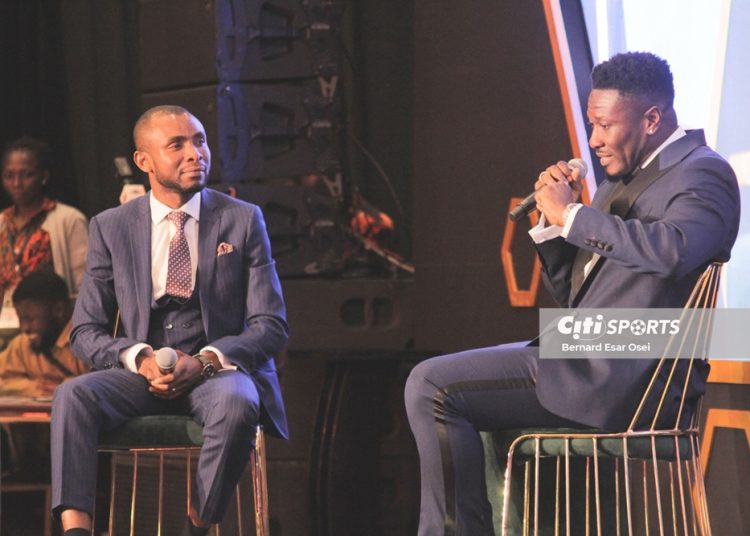 All though the name Asamoah Gyan resonates among Ghanaians and fans around the world, the name “Baby Jet” somewhat describes the myth and legendary status of Ghana’s all-time leading goal poacher.

The excerpt first published by Joy Sports highlights the story of how the name came about.

“Another big platform for football in the school system was the annual Milo Football Tournament. It’s a major grassroots platform and anybody aiming for big things looked forward to doing well in it. I remember the Milo games because I won the goal king award in the national event in Kumasi, in addition to other trophies. Aside the Milo Tournament, I was also selected to play in the Ghana Academicals in 2001. The Academicals were like a selection of the best footballers in second cycle institutions. What I remember about this experience was how, in particular, my taking of penalties improved.

What was my game like at this point? Well, I was 17 now, and a fast, prolific goalscorer. Due to my pace, I eventually became affectionately known as Baby Jet.

The origin of the name Baby Jet is a very interesting one. Growing up, I had a very soft face. The kind most people call a ‘baby face’. I was very cute physically too and so most people called me ‘Baby’. Everyone in the neighbourhood preferred that name and I guess it stuck for a very long while. The ‘Jet’ came from my speed. I was small but fast. My pace was blistering on the pitch and this gave me a lot of advantage in playing against the bigger boys in the neighbourhood.

The nickname was publicised by my good friend Dan Kwaku Yeboah, a popular Ghanaian sports journalist. He told me he witnessed my pace during a match, and he simply just coined the name from the ‘Baby’ everyone called me and the speed he saw on the field. So, he almost always called me Baby Jet anytime we met. And then I made my debut for Ghana against Somalia in that entertaining game in 2003. After the match, the name had made rounds all over. I later realised Dan Kwaku Yeboah had made so much noise about the name when I came on. He literally had made the name public, and it stuck because it actually was the easiest way of describing me, the Baby Jet; young and smallish with that baby face coupled with the speed of a Jet.”