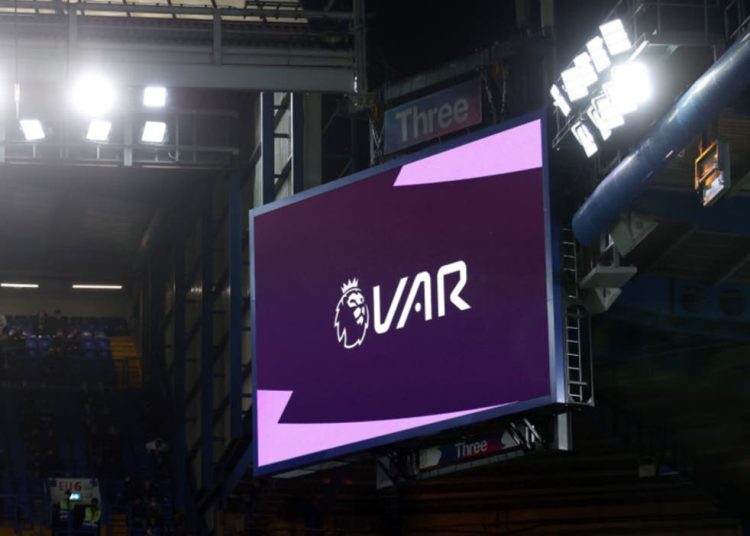 The incident: Anthony Elanga breaks the offside trap and sets Bruno Fernandes up for an easy goal.

This goal initially looked offside, but it showed the value of referees being asked to wait for the attack to progress before raising flags. Elanga’s run was well-timed and managed to get beyond the Brentford backline. In the same game, Cristiano Ronaldo thought he had managed to do the same, but he was just beyond his man. Offsides have been some of the most controversial decisions of the past year with Romelu Lukaku and Martinelli’s disallowed goals coming to mind. With Hawkeye likely to be introduced in the coming seasons and less human interference, we will soon get a nearly perfect offside system. 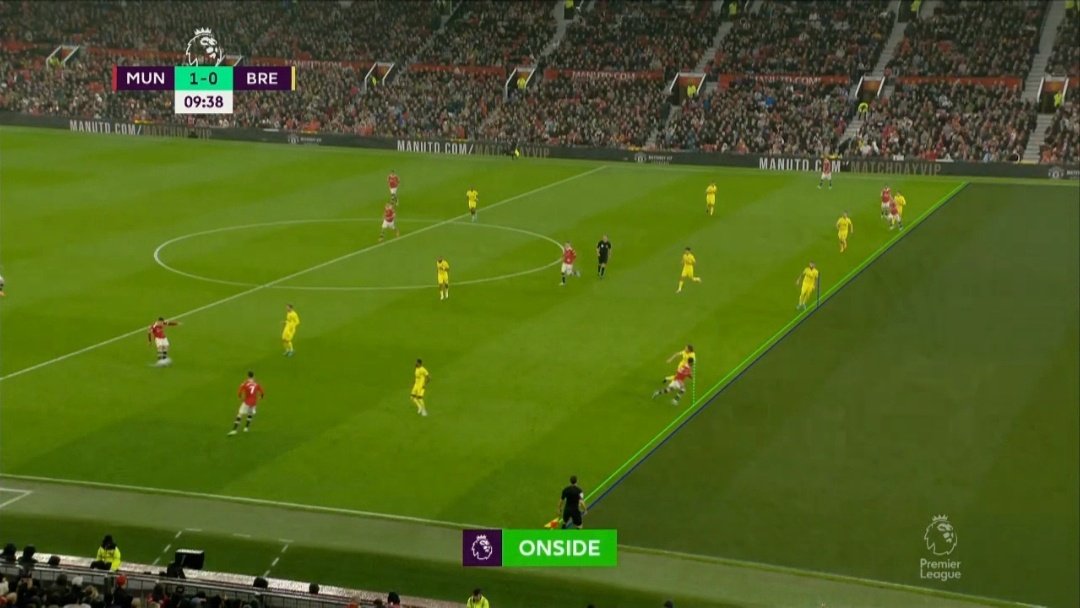 The incident: Dwight McNeil is fouled by Moussa Sissoko, and a penalty is given. VAR intervenes and a freekick is given instead

Another example of the slim margins and how VAR can swing games. If not for VAR, Burnley would have had a penalty – spot kicks are scored about 75% of the time, as opposed to a direct free kick a situation, of which only 5% of shots result in goals. In this case, the contact was just outside the box but as McNeil fell after he entered the box it was difficult to see in real-time. VAR intervened and Burnley lost a very good chance to equalize, albeit rightly. 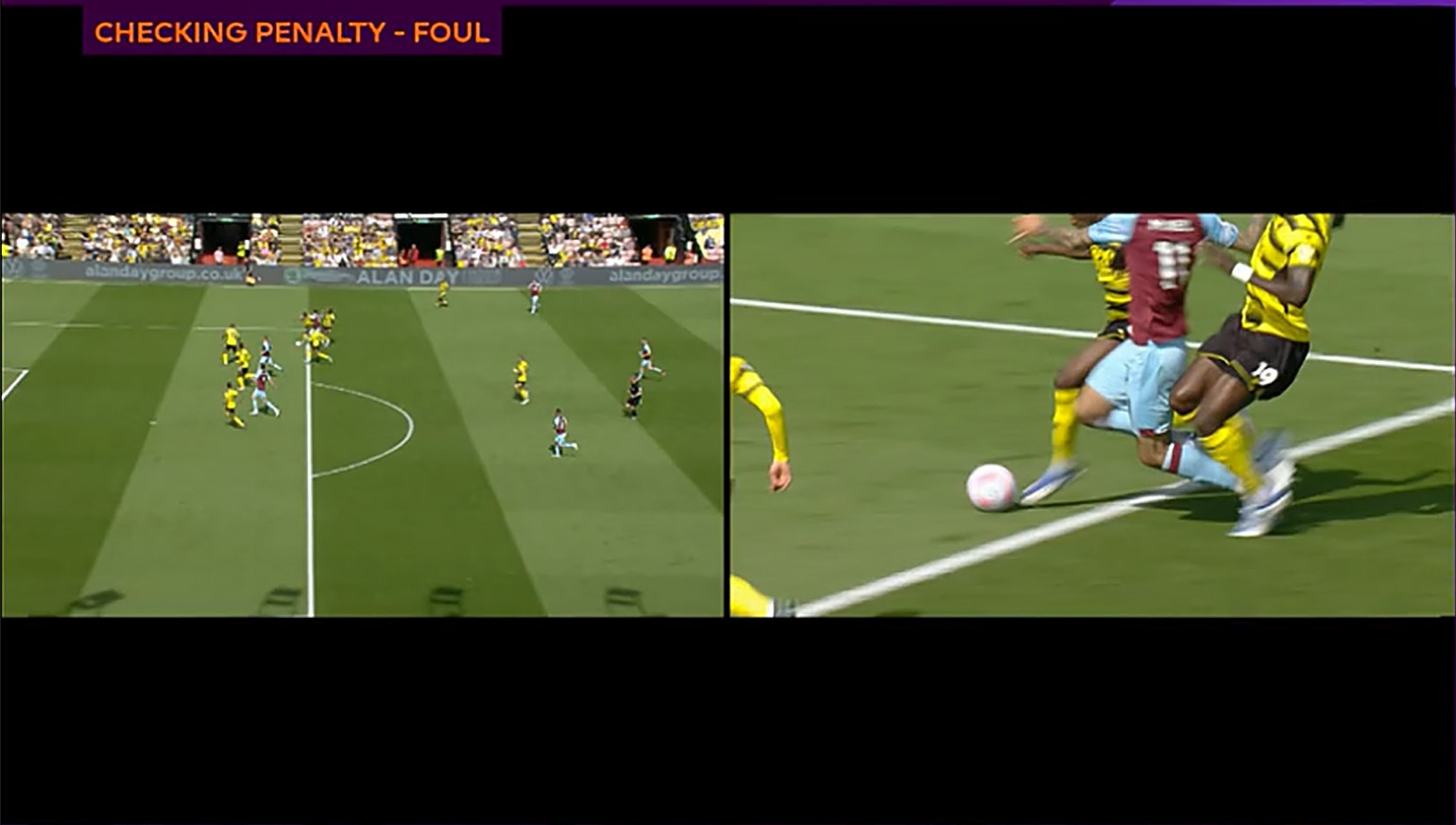 The incident: Aaron Ramsdale rushes off his line to clear a ball and seems to catch Jarrod Bowen in the process. Replays show there was no contact and Bowen receives a yellow card

This is a very interesting situation because of the ‘what if’ factor. If Bowen had not jumped and been caught by Ramsdale, it is likely the Arsenal keeper would have gotten a card. However, because Bowen jumps, he receives a yellow for simulation. This is problematic for me. A player trying to avoid an opponent should not be treated as simulation, as we have seen players carded for challenges where they miss opponents, and even more rare, both players are sent off for the same challenge. This means the manner of the challenge was important and maybe the referee should have been looking more closely at Ramsdale than Bowen. 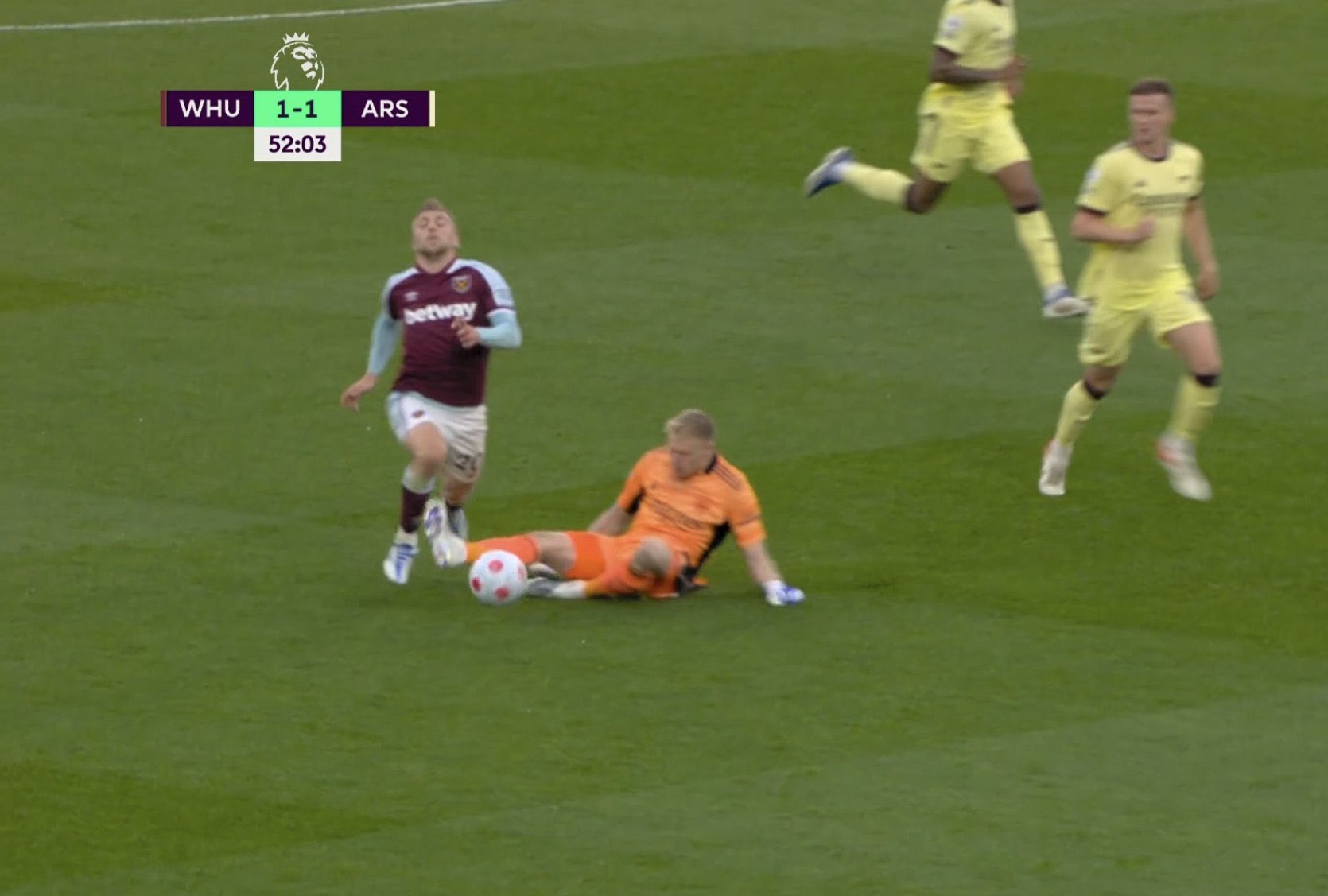 WAFU U-20 Champs: Ghana's full 20-man squad for the competition