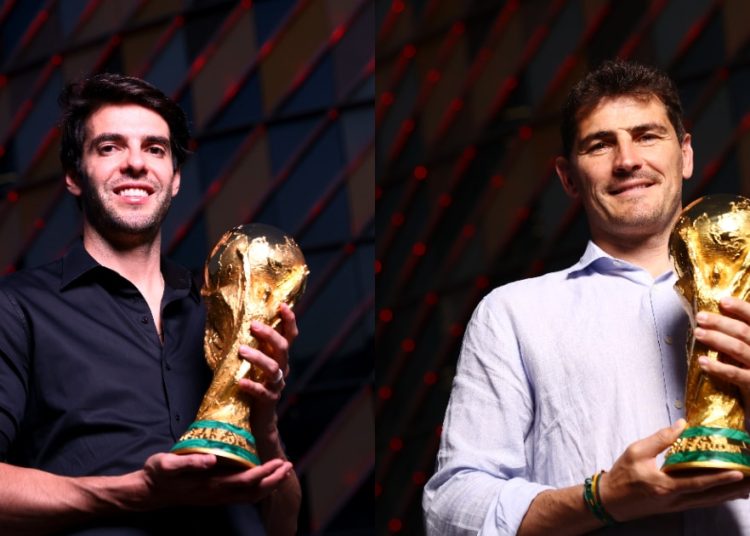 Football icons and World Cup winners, Kaká and Iker Casillas will tour Ghana with the FIFA Cup trophy as part of the World Cup trophy tour by headline sponsors, Coca-Cola.

The World Cup will pass through the 31 qualified teams for the showpiece to be hosted in Qatar which includes Ghana.

“As football fans around the world gear up to support their teams, Coca-Cola is thrilled to offer fans the opportunity to experience the trophy ahead of the tournament,” said Brad Ross, Vice‑President of Global Sports & Entertainment Marketing and Partnerships at The Coca-Cola Company. “The real magic of the FIFA World Cup exists with fans believing in their teams and showcasing their passion for the game.

At the first stop event in Dubai, FIFA World Cup winners Iker Casillas and Kaká revealed their enthusiasm for the game.

Kaká said: “It is an incredible honour to be part of the first stop of the FIFA World Cup Trophy Tour by Coca-Cola. My first FIFA World Cup as a player was when I was just 20 years old, and it is still fresh in my mind – for me, it was a dream come true.”

Added Iker Casillas: “It was the highlight of my career when I lifted this very trophy as captain of Spain in 2010. And it is exciting that someone will have that feeling in Qatar later this year. It fills me with great pride to join all of you today, as we kick off the journey of the FIFA World Cup Trophy, bringing it to the fans across the globe.”

The FIFA World Cup trophy will be making a return to Ghana for the first time since 2014 when the Black Stars qualified for the football Mundial hosted in Brazil.