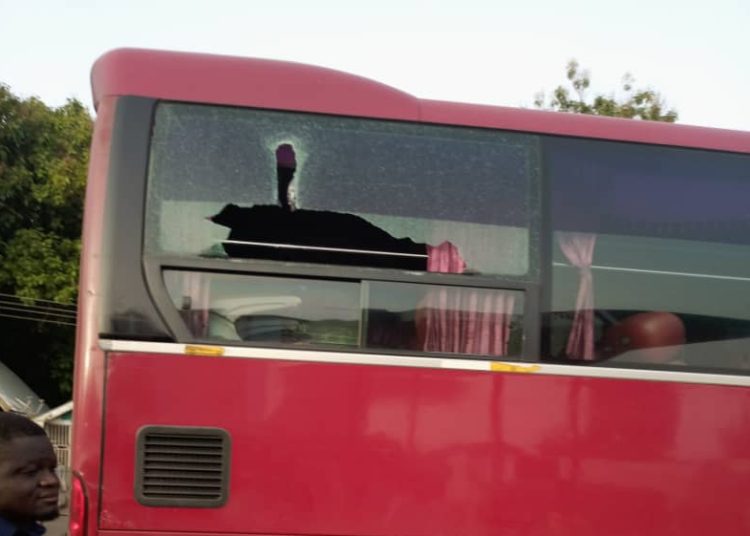 Division One League club, Steadfast FC have been banned from using the Aliu Mahama Stadium in Tamale as their home ground by the Ghana Football Association’s Executive Council.

The GFA’s decision comes after the players and officials of Nsoatreman FC were “held hostage” by supporters of the Steadfast FC after their league game on Sunday, May 8, 2022.

The GFA said its Competitions Department will pick new home venues for Baffour Soccer Academy’s remaining games “taking into consideration the distance to be travelled by the away teams.”

“The Association is shocked and extremely alarmed at the holding of the team officials and players of the Away Team-Nsoatreman FC hostage at the Tamale Sports Stadium in the Northern Region by the home supporters,” he said.

The FA said it sees any attack on any officials or players as “an attack against the entire sport, it being, unwarranted and criminal,” given the extensive processes put in place to address grievances.

The away side were reportedly prevented from leaving after the match and had their bus pelted with missiles by fans of the home team, resulting in players and officials of Steadfast sustaining injuries.

The bus was eventually escorted out of the town by the police, further reports indicated.

“Considering the fact that the GFA has a process for complaining about any alleged bad officiating (if any) for redress through the Match Review Panel, the Executive Council of the Association sees any attack on the match officials and any participant of the game as an attack against the entire sport, it being, unwarranted and criminal,” the GFA’s statement said.

The FA says its prosecutors have been directed to study the reports and footage and come up with appropriate charges.

Steadfast FC has also been ordered to assist the police to identify the persons involved in the attack on the Tamale City team bus.

“The GFA wishes to sound a strong note of caution to all members, especially all clubs, that the slightest harassment or attack on players, team officials, match officials (Referees, Match Commissioners, GFA Cameramen & Women, Venue Media Officers, the sports media) shall be dealt with severely and swiftly,” the statement added.

“Also, any comments from any player, team or club official and club social media handles that incite supporters against other teams and match officials shall be dealt with as well. There shall be zero tolerance for violence and/or incitement to violence in our game especially in this second round of the leagues.”

Earlier in the season, Real Tamale United (RTU) were handed a two-match ban from using the Aliu Mahama Stadium as their home ground after their fans assaulted the match officials in their match against Aduana Stars in March.

Mercurial Ronaldo named Player of the Month for April