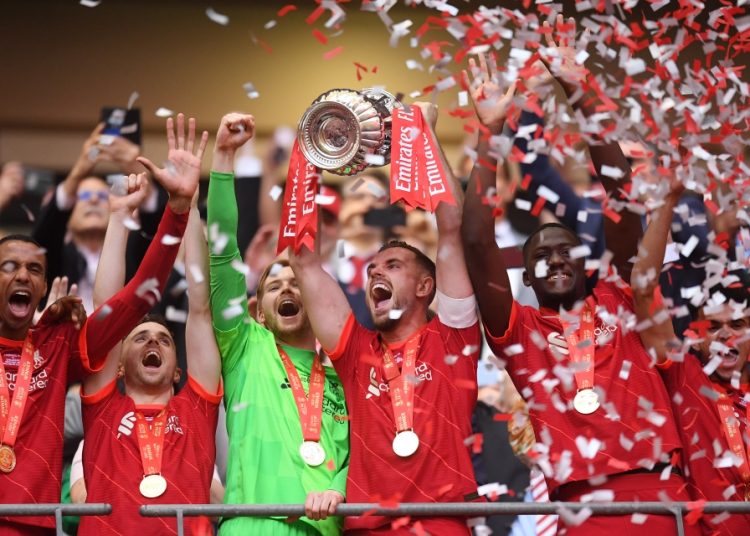 Liverpool beat Chelsea on penalties for the second time this season to win the FA Cup and keep their quadruple hopes alive.

After 90 minutes and extra-time failed to separate to two sides, Alisson was the hero for Liverpool in the shootout, saving from Mason Mount in sudden death to secure a 6-5 victory for the Reds.

Sadio Mane missed a fifth penalty which could’ve won it for Liverpool, but Konstantinos Tsimikas spared his blushes in sudden death after Mount’s miss.

It means the Blues become the first team to lose three consecutive FA Cup finals, while Mount has lost six straight times in showdowns at Wembley.

Liverpool can still claim a historic quadruple if they overtake Manchester City in the Premier League and beat Real Madrid in the Champions League final, having beaten Chelsea in identical fashion in the Carabao Cup earlier this term.

A match of many chances somehow ended goalless after 90 minutes, just like the end-to-end Carabao Cup final between the two sides.

Luis Diaz spurned a number of glorious opportunities for Liverpool and Andy Robertson hit the post from a yard out, but Chelsea also had their share of opportunities.

Marcos Alonso hit the bar and Christian Pulisic failed to convert several decent openings – before an electrifying match lost some of its paces in extra-time.