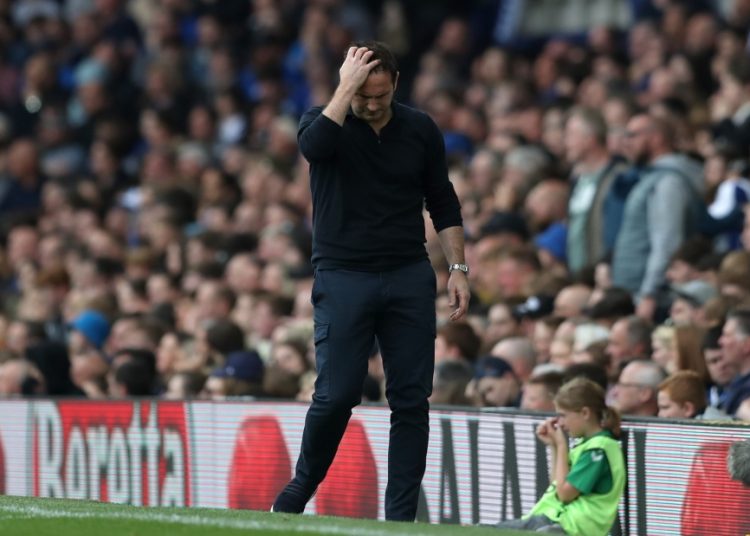 Everton missed a golden chance to secure their Premier League status as they threw away a 2-1 lead to lose 3-2 at home to Brentford.

Following Burnley’s defeat to Tottenham, Frank Lampard’s men knew a win would officially get them out of the relegation battle.

And they got off to the perfect start as a free-kick from the right hit Dominic Calvert-Lewin’s midriff and bobbling into the net.

However, the Toffees were reduced to ten men when Jarrad Branthwaite was sent off for bringing Ivan Toney to the ground.

Brentford soon hit back as Yoane Wissa’s curling shot deflected in off Seamus Coleman, however, Everton restored their lead through Richarlison’s penalty just before half time.

But in the space of three second-half minutes, Everton’s lead turned into a deficit with Wissa and Rico Henry netting for the Bees. The match also saw Salomon Rondon get sent off just three minutes after coming on.