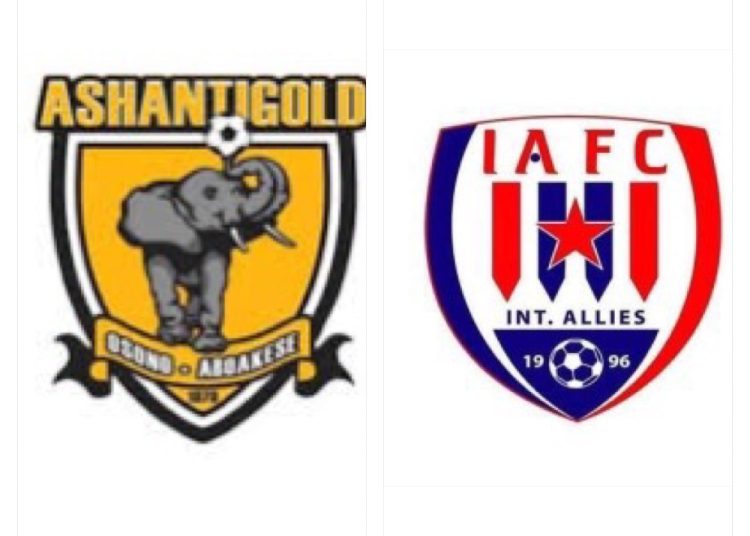 AshantiGold and Inter Allies have both filed appeals to the Ghana Football Association to fight the decision to demote them to Division 2 over match manipulation charges.

On Monday, May 16, the GFA’s Disciplinary Committee announced a ruling that stated that the two clubs had manipulated the result of their Week 34 Ghana Premier League tie at the Len Clay Stadium in Obuasi and as a consequence, the two teams would be sent to Division 2 at the start of the next football season.

There were also a raft of bans for some players of the two teams and a fine of GHS 100,000 on each team.

On May 17, both clubs filed their respective appeals against the decision and they cited various reasons why the felt the ruling had been unfair to them.

For AshGold, whose CEO, Dr, Kweku Frimpong, was handed a 10-year ban from all football activity in Ghana, the club said that it was not given a fair hearing the GFA and that the association had already determined their fate even before hearing their case or their side of the story.

In Inter Allies’ 15-page appeal, the club argued that Emmanuel Nii Amoah, the person who the GFA’s investigations said received some amounts of money from AshGold’s CEO and President, was not an official of the club and thus, his actions did not benefit the club in any way. Inter Allies further argued in their appeal that he acted on his own accord and in his own interests. and so, it should not be punished.

The Ghana FA is expected to digest the appeal and take all the mandatory legal steps to determine the next phase of the story.