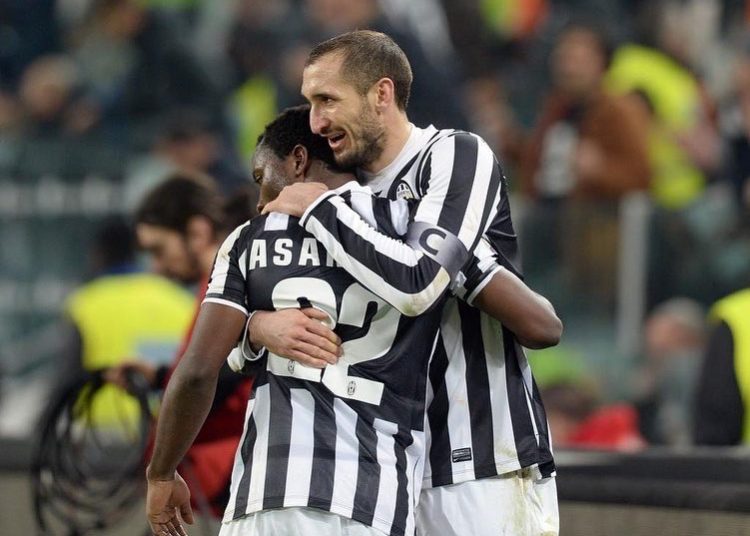 Former Juventus player, Kwadwo Asamoah has sent a farewell message to Italian defender, Giorgio Chiellini who will be leaving the Turin-based club at the end of the 2021/2022 season.

The 37-year-old Italian defender is leaving the Old Lady this summer after spending 17 years at the club.

He played his final match in front of the home fans against Lazio.

Kwadwo Asamoah played alongside the 37-year-old for six years at Juventus and the duo formed a good bond with Asamoah thanking the EURO 2020 winner for helping him develop his game.

The Ghana international played alongside Chiellini during his six years at Juventus and the duo formed a good bond with Asamoah thanking the EURO 2020 winner for helping him develop his game.

After the game, the Ghanaian international took to Twitter and had some kind words for the Italian legendary centre-back.

“It was a privilege Giorgio to play with you, one of the best players and a great person. You have helped me become a better player and have confidence by your side every time! I wish you the best for your future!,” wrote Asamoah on Twitter.