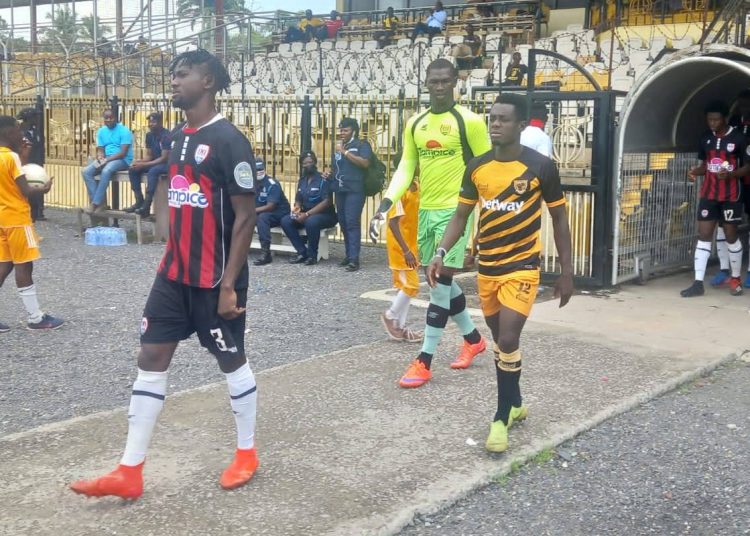 Inter Allies have expressed displeasure with the charges of match manipulation which were brought against them and ultimately resulted in their demotion to the Division Two League.

The circumstances surrounding their 7-0 loss to Ashgold on the final day of the 2020/21 Ghana Premier League season and the match-fixing claims afterward, were challenged by the Division One League club in their appeal.

Allies stated in their notice of appeal to the GFA’s ruling that prior to their match against Ashgold, the management of the club, in an attempt to “salvage the sinking image of the club as a result of the recent poor showing in league matches”, promised the players and technical team GHS1,000 each if they managed to beat the Obuasi club.

“The management promised GHC 1,000.00 each as a winning bonus to motivate the playing body and technical team towards the pending match against Ashanti Gold after which the team left to the camp,” they said.

This, they added, was confirmed to the GFA’s Disciplinary Committee by defender Hashmin Musah, whose own goals and subsequent admission that he did it to squash a predetermined scoreline, sparked the GFA’s investigations into the game.

“It was the testimony of Hashmin Musah that the Appellant promised an amount of GHC 1,000.00 as winning bonuses if they emerged victorious. Having decided to place much weight on the testimony and remorsefulness of Hashmin, who is a player of the Appellant, it is very much contradictory on the part of the D.C. to sideline this piece of evidence as being without potency,” the notice of Appeal said.

Inter Allies argued that it would not make sense for the club to offer the players and technical team bonuses to beat Ashgold if they had pre-planned a 5-1 loss.

“Why will a team which is complicit in match-fixing promise its players and the technical team winning bonuses? This neglect of a vital piece of evidence by the D.C. leaves much to be desired,” they said.

“A review of the said evidence by this Committee will leave it with doubts which will inure to the benefit of the Appellant of the charges it had been accused of.”

13 Inter Allies players were handed bans ranging between six and 48 months for their involvement in the incident, along with head coach Felix Aboagye and Team Manager Reuben Adjetey