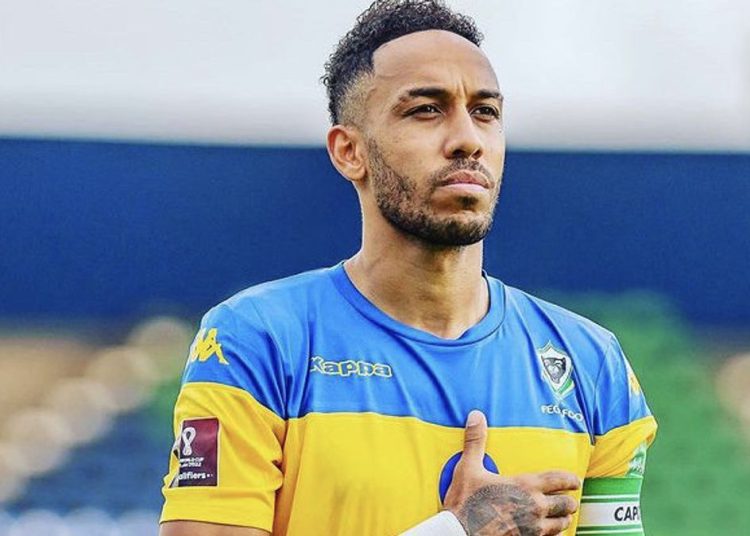 Gabon captain and Barcelona striker Pierre-Emerick Aubameyang has retired from international football, a fortnight before the 2023 Africa Cup of Nations qualifying campaign begins.

The 32-year-old made a total of 68 appearances for the Panthers and scored 29 goals, making him the nation’s all-time leading scorer.

The Gabon Football Federation (Fegafoot) said it had received a letter from Aubameyang announcing his decision.

“After 13 years of representing my country with pride, I would like to tell you that I am ending my international career,” the former Arsenal star wrote.

“I would like to thank the Gabonese people and all those who have supported me in the good times as well as the bad ones.

“I will always have great memories like the day I made my debut, or the day I came back from Nigeria with the African Player of the Year award. Sharing it with everyone is an unforgettable moment.

“I want to thank my father who made me want to be like him and I hope I made him proud in wearing our colours.”

In response, Fegafoot recognised his “immense career” and a player “who knew how to promote, thanks to his professionalism, the image of Gabon around the world”.

“Pierre-Emerick Aubameyang will always be model for future generations,” the Fegafoot statement added.

“The big football family will be able to count on his expertise for the future.”

Aubameyang was born in France and appeared for the French under-21 side but switched to play for Gabon to follow in the footsteps of his father, who captained the side at their first Nations Cup finals appearance in 1994.

He did not always enjoy a cordial relationship with Fegafoot, including in 2018 when he criticised the governing body for announcing his father would be the new national team coach before a deal had been finalised.

Aubameyang was on target on his international debut in a 2-1 win in Morocco in 2009, and featured at four Africa Cup of Nations finals for his country.

The striker was in Gabon’s squad for this year’s delayed 2021 Nations Cup but missed all of their games in Cameroon after initially contracting Covid-19 and then suffering from reported ‘heart lesions’.

The Panthers start their qualifying campaign for the 2023 tournament in Ivory Coast away against DR Congo on 4 June before playing a second Group I game at home to Mauritania four days later.