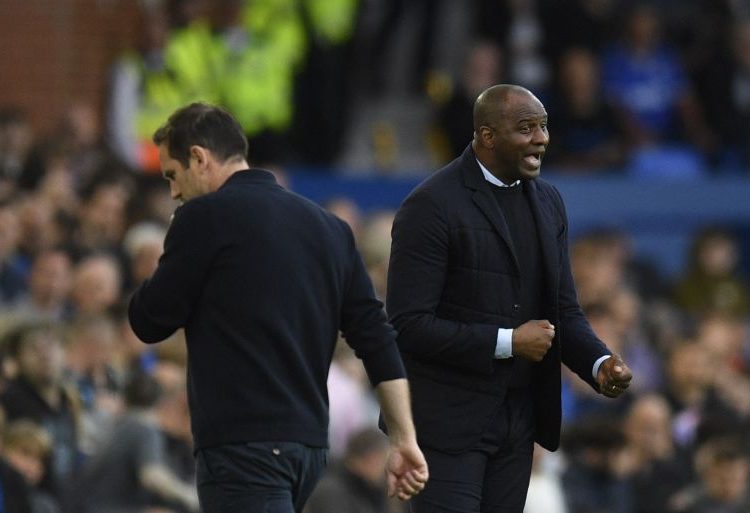 Merseyside Police are investigating after Crystal Palace manager Patrick Vieira was involved in an altercation with an Everton fan during a pitch invasion at Goodison Park.

Everton had come from behind to beat Palace 3-2 and secure their Premier League survival, leading to a mass pitch invasion of fans.

Vieira was walking across the pitch towards his team’s dressing room at the other side of the ground when an Everton fan approached him, prompting a reaction from the Palace boss.

A statement from Merseyside Police said: “We are working with Everton FC to gather all available CCTV footage and are speaking to witnesses.

“No formal complaint has been received and enquiries into the incident are ongoing.”

Everton have not commented on the issue. The FA are looking into the incident.

When Vieira was asked about it in his post-match press conference, he said: “I’ve got nothing to say about that.”

Vieira said he was satisfied with how the pitch invasion was managed, adding: “The referee managed it really well.”

Meanwhile, Everton manager Frank Lampard added: “I feel for Patrick and I didn’t get him [to shake hands] at the end because of the reaction. He ran across the pitch 80 yards in front of our fans but there’s no issue. Just pure elation from our fans at staying in the league.”