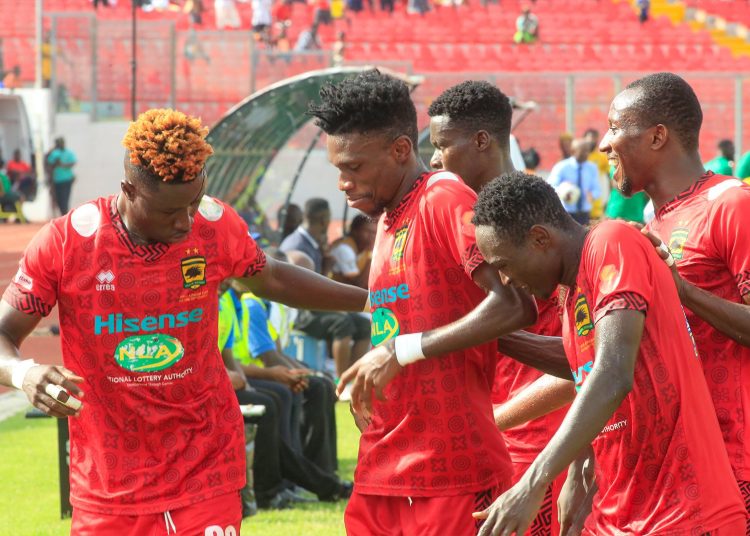 The game, which was originally set to come off on Thursday May 19, was called off due to security concerns following a Disciplinary Committee decision to demote Ashantigold to Division Two for match fixing.

A statement from the Ghana Football Association cautioned that the Miners’ matches could be moved to their alternative venue – the Baba Yara Sports Stadium – should the security situation in Obuasi remain volatile.

“It must be noted, however, that should the security risk and the advice from the Security Services remain unchanged by the next home match of Ashantigold SC, the Association reserves the right to shift the home matches of Ashantigold SC to be played at the club’s selected alternative match venue,” it added.

The latest arrangement means Kotoko will now play three away games in a 7-day period.

The Porcupines – after losing at home to Berekum Chelsea on Sunday – have had their lead atop the standings cut short to six by Medeama SC who host them next on match-day 31 at Akoon Community Park.

Kotoko’s visit to Tarkwa comes on Monday, May 30.

They will have to trek back to Obuasi and play AshantiGold three days later before heading to Accra to face off with Great Olympics on Sunday the 5th.