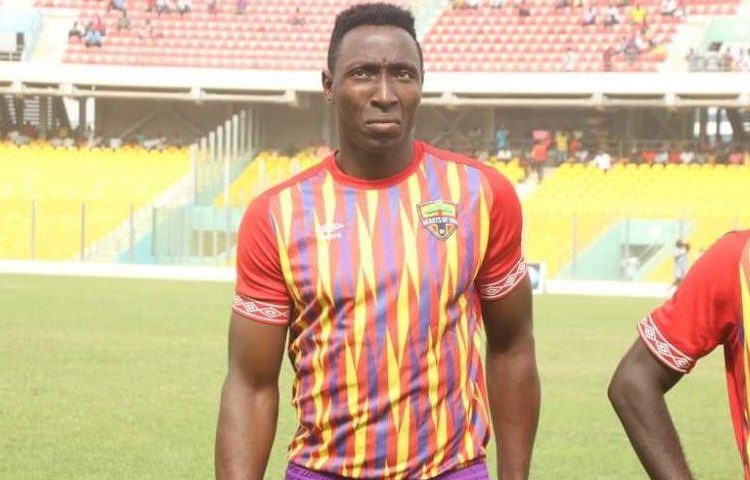 Accra Hearts of Oak forward, Kofi Kordzi has apologised for playing in the Ramadan Cup on Saturday, on the same day his team played Dreams FC in the FA Cup semi-finals.

Hearts said the player did not have permission to play in the tournament and described the act as a “violation of his contract.”

Kordzi was suspended for two weeks without pay as a result.

The player has apologised for his behaviour and said he’ll work hard to regain the trust of his teammates and fans.

1/3
I want to take this opportunity to issue a public apology for the choices I made weeks ago. I understand that my position as a professional footballer brings the responsibility of displaying the act of professionalism and being a role model. pic.twitter.com/GGyO0F05mI

“I understand that my position as a professional footballer brings the responsibility of displaying the act of professionalism and being a role model,” he tweeted.

“As such, I want to apologise to my family, friends, football club, supporters and the public for letting them down. Obviously, it’s up to me now to restore your trust and I’ll do my best to show commitment every day on the training ground both now on suspension and after suspension and most importantly on match days as well.”

Kordzi has played 20 times for Hearts in the Ghana Premier League this season but has started only nine of those matches.

His last match for Hearts of Oak was a 1-1 draw with Elmina Sharks in April.

He has played 979 minutes this season and scored seven goals.