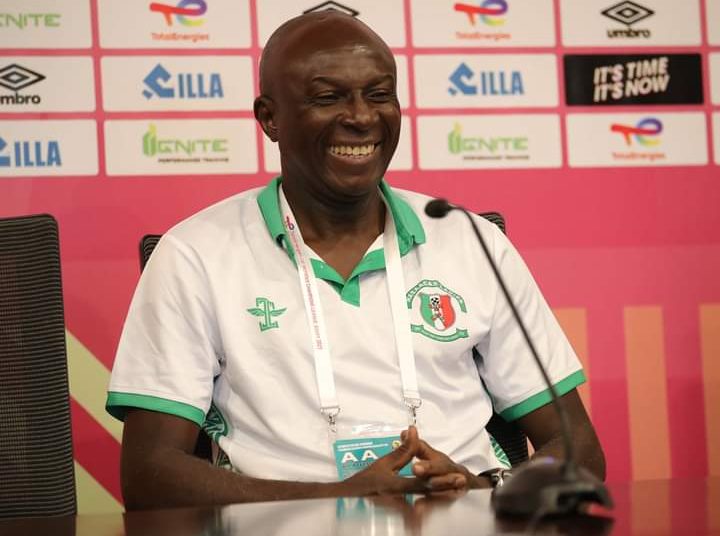 Hasaacas Ladies head coach, Yusif Basigi, is optimistic that his side will be victorious in the final match of the Ghana Women’s Premier League season against Ampem Darkoa Ladies on Saturday.

“With regards to the match between Hasaacas Ladies and Ampem Darkoa, the champion of champions or the decider, it is going to be a very crunch match. Ampem Darkoa is one team who will not want to be defeated this time around and for that matter, they will come all out at us,” he said.

“To us, it is going to be a ceremonial match but that is not to say we are underrating them but we are going to present the trophy on the day and take it back to Takoradi. Not forgetting that no matter the tough opposition that they will pose with the very good experienced players at their disposal, we also have the same and that is going to make the final interesting.”

Hasaacas Ladies went unbeaten in the Southern Zone, only drawing four of their 17 matches this season.

Basigi believes the run has given them confidence that they can take on any team and come away with a positive result.

“We are running the whole year unbeaten and with that in mind, I can promise that we are poised to finish off any team that comes our way even though the year has not ended yet. This match and other subsequent matches – including the FA Cup final – are no exception,” he added.