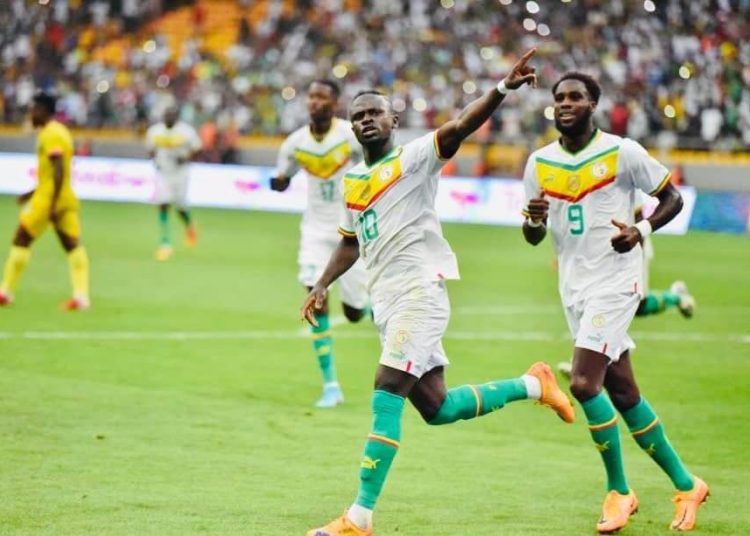 A busy Saturday in the 2023 Africa Cup of Nations qualifiers was headlined by wins for ‘big guns’ Mali, Algeria and – most notably – Senegal, as the reigning continental kings were inspired to a 3-1 home win over Benin by a hat-trick from Ballon d’Or candidate Sadio Mane.

The Liverpool player struck two penalties to start and finish his treble of goals, as the Teranga Lions defeated 10-man Benin comfortably in Dakar to leap to the top of Group L.

The 3 goals took Mane above Henri Camara (29 goals) as Senegal’s top scorer in the national team with 32 goals.

The 2021 champions' plans to retain the title started with a solid performance vs. Benin 🦁#TotalEnergiesAFCONQ2023 | @Fsfofficielle | @fbfofficiel pic.twitter.com/9Qlpkf20gv

The biggest win of the day came in Bamako, where hosts Mali crushed Group G rivals Congo 4-0 thanks to goals from El Bilal Toure (two), Mohamed Camara and Kalifa Coulibaly, while Algeria were too strong for Uganda in a Group F clash in Oran, as goals from Aissa Mandi and Youcef Belaili gave them a 2-0 triumph.

A fiery #TotalEnergiesAFCONQ2023 start for Algeria with a win over Uganda in round one. 🦊@LesVerts | @OfficialFUFA pic.twitter.com/DGaqShOagD

Mauritania also impressed with a 3-0 home win over Sudan in Nouakchott – thanks to goals from Aboubakar Kamara (two) and Abdallahi Mahmoud – and they were joined at the top of Group I by Gabon, who defeated DR Congo 1-0 away in Kinshasa in the late kick-off courtesy of a strike from Shavy Babicka.

The day’s action opened in Soweto, South Africa, where ‘hosts’ Namibia were held 1-1 by 10-man Burundi in the opening Group C clash. The Brave Warriors claimed an early lead through Peter Shalulile, but the Swallows struck back late on through Bonfils-Caleb Bimenyimana – who was then sent off for a second bookable offence.

More games played on neutral territory saw Gambia edge Group G rivals South Sudan 1-0 (thanks to a goal in injury time at the end of the first half from Ablie Jallow) in Thies, Senegal, while Niger and Tanzania shared the spoils in their Group F clash played in Cotonou, Benin, after strikes from Daniel Sosah and George Mpole respectively.

The AFCON qualification tournament continues with five matches on Sunday 5 June, headlined by Ghana’s visit to the Central African Republic and Egypt playing host to Guinea in the lone night match.