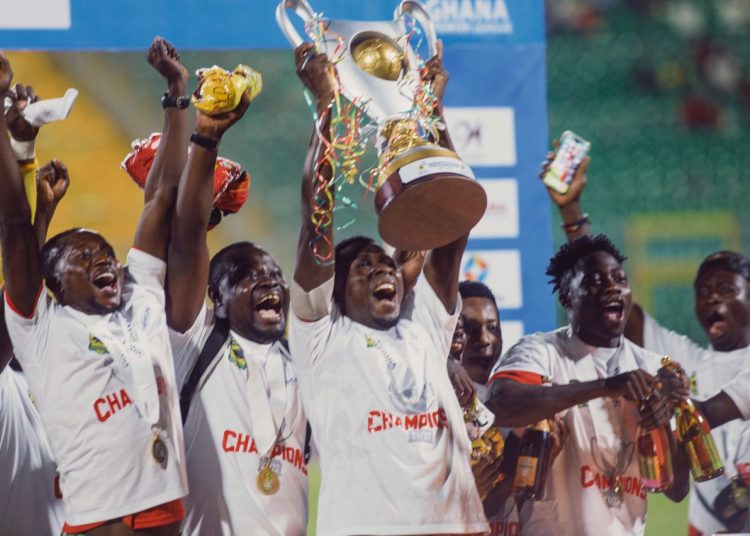 Kumasi Asante Kotoko were crowned champions of the Ghana Premier League on Sunday night, amidst fanfare and celebration inside the Baba Yara stadium.

The Porcupine Warriors were handed their 25th GPL trophy and medals after they beat Elmina Sharks 3-0.

Gates were opened to the fans for free and Kuami Eugene performed at half time.

“I think they are amazing. From nowhere, we have gotten to somewhere and I think it’s because of their discipline and commitment to the course,” he said.

“I want to tell them that they have done really well, I doff my hat off to them, Ayekoo to them,” he said.

Kotoko won the title with three games to spare. They won 19 of their 33 games this season, with only 5 ending in defeats.

They will play their last game of the season against Accra Lions on Saturday 18th June, 2022. 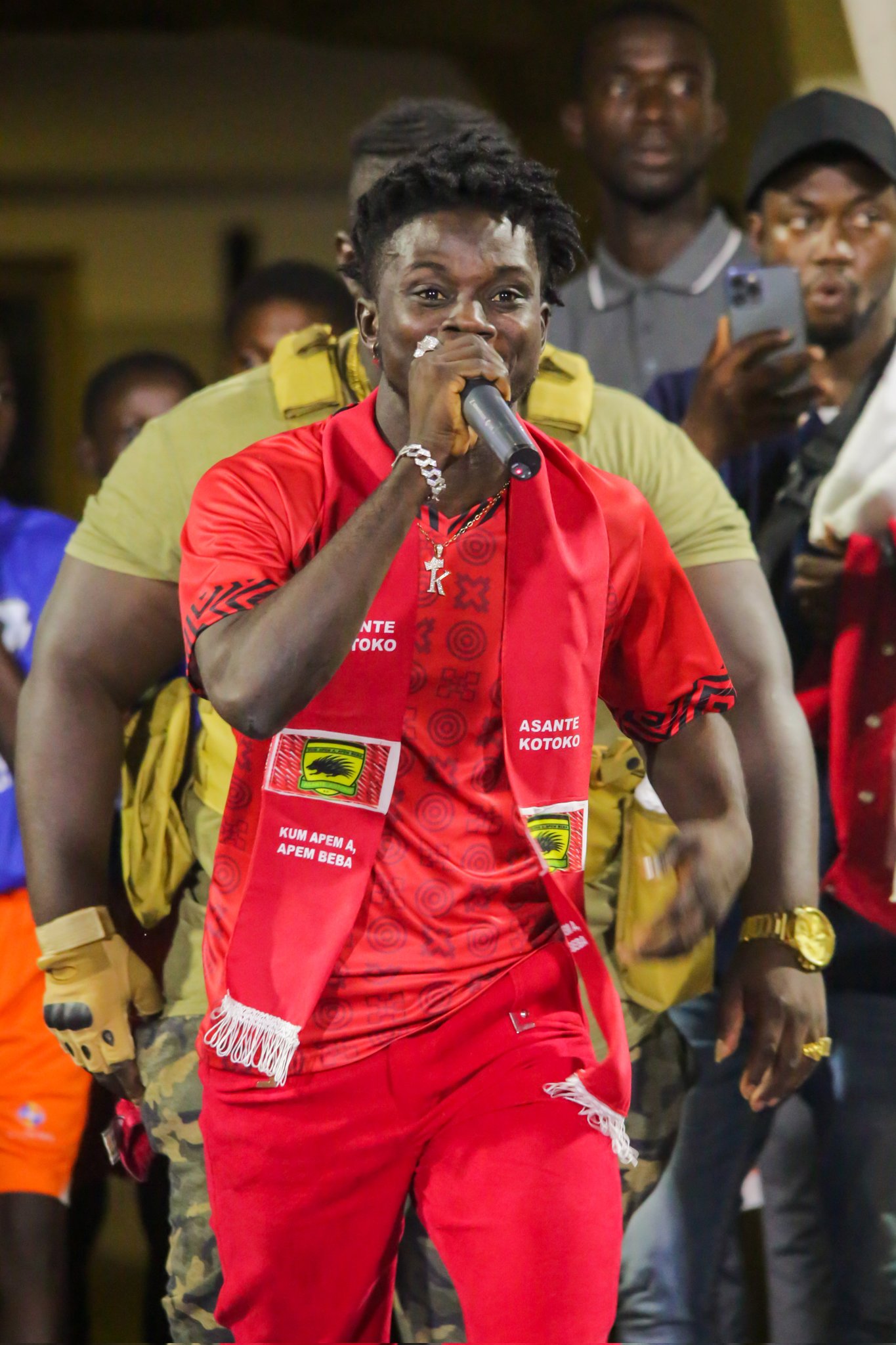