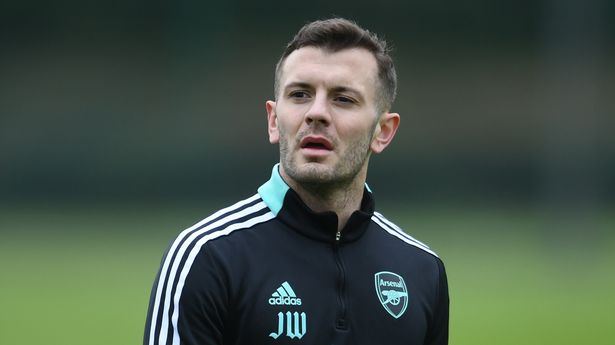 Wilshere made 197 appearances for Arsenal and won two FA Cups after making his debut as a 16-year-old.

I’ve lived my dream. Thank you all ❤️ pic.twitter.com/rB5gnyyUlK

He later had spells at West Ham, Bolton, Bournemouth and Danish side AGF Aarhus.

In a statement, Wilshere – who won 34 England caps – said his career has been “slipping away in recent times”.

“It has been an unbelievable journey filled with so many incredible moments and I feel privileged to have experienced all that I did during my career,” he said.

“From being the little boy kicking a ball around in the garden to captaining my beloved Arsenal and playing for my country at a World Cup. I have lived my dream.”

Before signing for AGF in February, Wilshere had only played 36 games since leaving Arsenal in 2018.

Injuries plagued his career while he was also without a club for a period during the 2020-21 season.

“In truth it has been difficult to accept that my career has been slipping away in recent times due to reasons outside of my control whilst feeling that I have still had so much to give,” he said.

“Having played at the very highest level I have always held such ambitions within the game and if I am truthful I did not envisage being in this position at times.

“However, having had time to reflect and talk with those closest with me I know that now is the right time and despite the difficult moments I look back on my career with great pride at what I have achieved.”